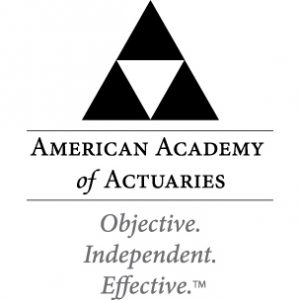 âThis update is the result of a comprehensive public exposure process and review of the USQS by the Academyâs Committee on Qualifications (COQ) as an integral part of the Academyâs professionalism mission. The revisions will help to ensure that actuarial qualifications in the United States remain appropriate and clear both to actuaries and to the public,â said Academy President Maryellen Coggins. âActuaries who plan to issue SAOs in the United States in 2023 or after should take time to familiarize themselves now with the updated standards because they include a new continuing education (CE) requirement actuaries will need to satisfy during the course of 2022 and thereafter.â

Changes to the USQS include a new requirement for one CE hour of bias education annually, important clarifications regarding qualifying to issue SAOs in particular subject areas, and changes related to non-U.S. actuaries and to Enrolled Actuaries issuing SAOs in the United States. The Academy Board of Directors approved the updated USQS on Nov. 1, 2021, after the COQ publicly exposed proposed changes in 2020 and again in 2021. The COQ reviewed 188 comment letters in total that were received during the exposure periods.

The Board directed the COQ to review and recommend appropriate changes to the USQS after the National Association of Insurance Commissioners (NAIC) in 2019 amended the instructions and definitions related to the qualifications for an Appointed Actuary signing an NAIC Statement of Actuarial Opinion, Property and Casualty Annual Statement. Comments received on, and changes reflected in, the updated USQS relate to both the NAICâs changes in Appointed Actuary qualifications and other qualification issues raised during the exposure process.

Read and learn about the changes in the updated USQS at actuary.org.

About the American Academy of Actuaries

The American Academy of Actuaries is a 19,500+ member professional association whose mission is to serve the public and the U.S. actuarial profession. For more than 50 years, the Academy has assisted public policymakers on all levels by providing leadership, objective expertise, and actuarial advice on risk and financial security issues. The Academy also sets qualification, practice, and professionalism standards for actuaries in the United States.