Q3 VA Product Change: Slow Down, You Move Too fast 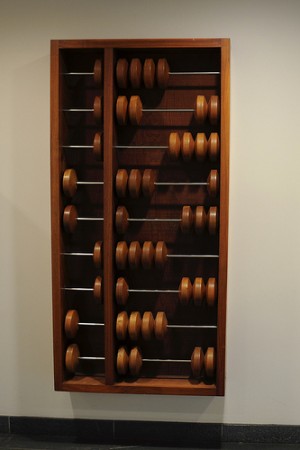 Activity this quarter was brisk. Variable annuity carriers filed 106 annuity product changes in the third quarter of 2012, making for an active period. This compares to 168 new filings during the second
quarter of 2012 and 40 in Q3 of last year.

We are seeing a definite mix of strategies, as many carriers continue to adjust (i.e. reduce) benefit levels. At the same time, several new contracts came out with attractive living benefits, so product
development continues and carriers are by no means sitting on their hands. In an effort to reign in risk for current customers, a host of VA carriers are eliminating add-on payments, also known as
subsequent payments or âsub-pays.â The carriers who recently limited additional investment dollars into existing contracts and benefits include Allianz, AXA, MetLife, John Hancock, Prudential and
Transamerica. This trend bodes well for current clients who are fully funded and want to see their guarantees solidified. For those clients who would like to continue to build their balance via additional
investments, this development may push their retirement funds to other contracts, VA carriers, or even investment types.But while some existing players limited additional funding, one
notable player sees things differently: New York Life re-entered the individual VA market after a long hiatus. The company introduced a VA contract with a GMIB as well as a version of their deferred income
annuity that takes the form of a rider.

Allianz closed its Vision C and Connections L contracts. In addition they reduced the withdrawal percentage on their newly released Income Focus Lifetime GMWB. As of July 23rd, the withdrawal
percentage is 3.75% (3.25% joint life) for a 65 year old (down from 4.25% single and 3.75 joint). The step up on a second version of their Lifetime GMWB, Income Protector, dropped from 7% to 5% in July.
Allianz furthered the trend to I-shares by creating the Retirement Advantage. The cost is 30 bps and the contract carries a GLWB (Retirement Pro Lifetime Income) with a withdrawal rate ranging from
4% to 7% depending on the 10-year U.S. Treasury rate. The benefit has a highest quarterly step up, guard rails on the investment options, and costs 100 bps (single) or 115 bps (joint).
Allianz stopped taking additional purchase payments into a number of its older VA contracts on Sept. 17th. Contracts affected include the High Five, High Five L, Valuemark II, Alterity and Rewards, plus
Legacy Vision contracts that were issued before Aug. 17, 2009. Ameritas released the Guaranteed Lifetime Withdrawal Benefit 2 (fee is 125 bps single; 150 bps joint). The benefit offers 5% withdrawals for a 65 year old with a highest anniversary value step up and a 5% annual fixed step up calculated on top of the HAV (âstackedâ calculation).
AXA released a C-share of its Structured Capital Strategies. The contract charge is 165 basis points.
Hartford reduced the withdrawal percentages on their Future5 Lifetime GMWBs from 5% to 4.5% (single and joint), and raised the fee on the Future6 single from 85 bps to 105 bps and Future 6 Joint from 110 to 130 bps.
Jackson National increased the price of its Perspective II contract by 5 bps. The company also issued a new GLWB, the LifeGuard Freedom Flex. The rider costs 100 bps (125 for joint) and offers a 5% simple roll up and quarterly account value step up. The withdrawal rate is 4.75% for a 65 year old. (The older, joint version carries a 6% fixed step up and a 5% withdrawal rate). An âIncome Upgradeâ feature
allows the owner to gain an extra 25 bps of lifetime withdrawal for an extra 25 bps fee, resulting in a 5% withdrawal rate for a 65 years old on a 125 bps fee (single) or 150 bps fee (joint).