Allianz Life study reveals despite lack of concern, nearly half of those with a caregiver report being a victim of financial fraud. 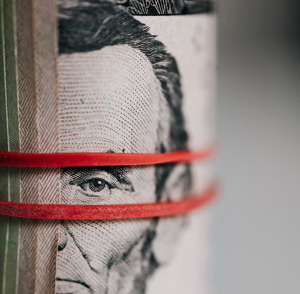 MINNEAPOLIS â Nov. 16, 2021 â Despite being at the highest risk of experiencing elder financial abuse, retirees reported having the least concern that they will become a victim of financial fraud and scams. Less than a quarter (24%) of retirees worry they may become a victim of financial fraud, compared with 42% of pre-retirees and 46% of near-retirees, according to the 2021 Retirement Risk Readiness Study from Allianz Life Insurance Company of North America (Allianz Life).

However, four in 10 (40%) caregivers say the person they care for has already been a victim, exposing a disconnect that could potentially cause both seniors and their caregivers significant financial losses.

The study â which surveyed three categories of Americans to get different perspectives on retirement: pre-retirees (those 10 years or more from retirement); near-retirees (those within 10 years of retirement); and those who are already retired â found that current retirees are actually the least worried of any group about these financial risks that can come with aging and fraud. This includes not only fraud and scams that target seniors, but also some of the major life changes that come with aging that can impact finances, like healthcare risks and cognitive decline.

âWhether itâs general lack of awareness or their heads are simply in the sand, this lack of concern from retirees about elder financial abuse should be a red flag for anyone with an elderly family member or who provides support in a caregiver role,â said Kelly LaVigne, VP of Consumer Insights, Allianz Life. âParticularly in times of crisis â like the COVID-19 pandemic â frauds and scams that target vulnerable adults are high and put seniors and their financial security at risk.â

Unfortunately, the effects of elder financial abuse are not limited to the elder victim. While the study found that abuse victims suffered more than $64,000 in average losses, caregivers experienced a nearly equal amount at an average of just over $57,000. Given the fact that more than 80% of respondents reported that they have either provided support as a caregiver or expect to at some point in the future as the population ages, the fallout from elder financial abuse has the potential to affect an extremely high number of Americans.

Particularly in times of crisis, frauds and scams that target vulnerable adults are high and put seniors and their financial security at risk...

While the risks from elder financial abuse have the potential to derail retirement security, retirees face a number of other risks that go hand-in-hand with getting older. But according to the study findings, these risks donât seem to be keeping them up at night. Only 40% of retirees indicated concern about needing long-term care and just 41% worry about needing to move to an assisted living facility.

Furthermore, retirees are much less worried about health conditions, such as cognitive decline, that will prevent them from being able to manage finances on their own (42% versus 57% of pre- and near-retirees).

âAging risks like cognitive decline and other healthcare issues can make managing finances a significant challenge for seniors, but adding in the growing risk of financial fraud is a ticking time bomb for elders and their caregivers who donât plan ahead,â added LaVigne. âThatâs why itâs so important for Americans to understand these risks and work with a financial professional to develop a plan that can help prevent financial complications in retirement.â

*Allianz Life conducted an online survey, the 2021 Retirement Risk Readiness Study, in December 2020 with a nationally representative sample of 1,000 individuals age 25+ in the contiguous U.S. with an annual household income of $50k+ (single) / $75k+ (married/partnered) OR investable assets of $150k.

Allianz Life Insurance Company of North America, one of the FORTUNE 100 Best Companies to Work ForÂ® and one of the Ethisphere Worldâs Most Ethical CompaniesÂ®, has been keeping its promises since 1896 by helping Americans achieve their retirement income and protection goals with a variety of annuity and life insurance products. In 2020, Allianz Life provided additional value to its policyholders via distributions of more than $10.1 billion. As a leading provider of fixed index annuities, Allianz Life is part of Allianz SE, a global leader in the financial services industry with approximately 150,000 employees in more than 70 countries. Allianz Life is a proud sponsor of Allianz FieldÂ® in St. Paul, Minnesota, home of Major League Soccerâs Minnesota United.