Gambling on the participation of younger, healthier people 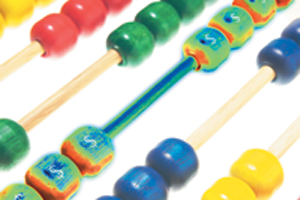 Last week, President Obama announced a transitional policy that would allow many Americans whose insurance companies have cancelled their health coverage this year to remain in their plans. This intervention was prompted by many carriersâ decisions to send cancellation notices to people and small businesses with health plans through the individual and small-group markets that do not meet the Affordable Care Actâs new standards for health insurance coverage. While more comprehensive coverage is available through the Affordable Care Actâs new insurance marketplace, many people who purchase coverage on their own have been unable to easily determine their new options because of problems with HealthCare.gov and some state marketplace websites.

The presidentâs policy is a way to honor his promise that Americans who wish to keep their insurance can do so, despite the fact that the plans donât comply with the lawâs consumer protections. But this idea is not without risk: If younger and healthier people choose to stay in their old plans, there is a chance that everyone in the marketplaces will face higher premiums. Fortunately, there are a number of factors that should help mitigate that risk.

The administration details its new policy in a letter to state insurance commissioners. State insurance departments are encouraged, but not required, to enforce this new policy, which allows noncompliant insurance policies that have been cancelled, or are slated for cancellation, to be renewed for plan years starting any time between January 1 to October 1, 2014. The proposal also leaves open the possibility that this transitional period might be extended beyond next year.

Insurance carriers that opt to reinstate or continue substandard policies must provide a notice to their customers that explains:

While the presidentâs proposal could help provide temporary relief to people whose plans no longer meet the lawâs consumer protections, the policy also carries risk, foremost of which is higher premiums for the millions of people expected to gain coverage in the marketplaces in the coming years. Because carriers assumed that people in substandard policies would buy new policies that do meet the lawâs new standards next year, many priced their new products with the expectation that they would be purchased by people of many different ages and health statuses. But because younger and healthier people are the most likely to have had inexpensive plans, this group might stay in their old plans. This means that people signing up for marketplace plans could be disproportionately older and sicker. Some carriers could consequently suffer unexpected losses in the marketplace plans and either leave the marketplaces in 2015 or raise their premiums.

But these risks will likely be mitigated by at least three factors:

Insurers that face higher-than-expected claims costs relative to their premium revenues will be partly compensated through the lawâs so-called ârisk corridor program.â Under this existing three-year program, which is part of a broader premium stabilization program under the law, insurance carriers with higher costs relative to their premiums receive payments from the program, while those with lower costs relative to their premiums make payments to the program. The new policy letter suggests that the federal government might now enhance this program. The downside is that the federal government may absorb some of the cost. And carriers might still price products higher in 2015 than they might have in the absence of the new policy.

Insurers that face higher-than-expected claims costs relative to their premium revenues will be partly compensated through the lawâs so-called ârisk corridor program.â Under this existing three-year program, which is part of a broader premium stabilization program under the law

We can assume that the number of people likely to take advantage of the new policy will be relatively small. There are an estimated 12.7 million people ages 19â64 who currently buy health insurance on their own. An analysis by Jon Gabel of individual market policies suggests that about half of that group may have plans that do not meet the Affordable Care Actâs new standards. But the Kaiser Family Foundation estimates that about half of people with individual coverage will be eligible for new subsidies, potentially lowering their premiums as well as their out-of-pocket costs. And Jonathan Gruber, an MIT economist, estimates that about one-third of individual market policy owners would pay higher premiums next year. While these groups do not fully overlap, we might expect that roughly 3 million to 4 million people might choose to renew their old plans.

Ultimately, the effect of the policy on the marketplaces will be highly variable across states. In Florida, for example, where state officials have indicated a willingness to allow carriers to provide the renewal option, there are approximately 734,000 19-64 year old adults with individual market insurance in the state. Florida opted for a federal exchange, and according to the U.S. Department of Health and Human Services (HHS), just 3,571 people had selected a plan as of November 2 .This may mean large numbers of younger and healthier people with individual market coverage may choose to renew and stay out of the marketplace in that state next year.

In Colorado, where an estimated 301,000 adults have individual market coverage, the state had already decided to allow renewals, and has said it will work with insurers on this new policy. But the state is running its own marketplace and has mounted an aggressive campaign to inform young adults about their coverage options. Despite having a smaller population than Floridaâs, slightly more Coloradans, 3,736, had selected a plan by November 2. Washington State and Rhode Island are both running their own marketplaces and have decided not to allow renewals.

According to HHS, only 106,000 people had selected a marketplace plan by November 2, an enrollment number that falls far short of expectations. But a recent Commonwealth Fund survey found that 58 percent of people potentially eligible for coverage who did not enroll in October said they were likely to go to the marketplaces to shop for plans by March 31. The faster HHS and state-run exchanges fix their websites, the more likely people who had policies cancelled will find new options on the marketplacesâand help contribute to their success.

Given the confluence of the marketplace website problems and the health plan cancellation notices, the Obama administration has offered a transitional salve to affected Americans. The decisions of states, insurance companies, and consumers on whether to renew existing health plans will have implications for how well each state marketplace ultimately functions for the millions of uninsured and underinsured Americans who will gain comprehensive insurance coverage next year, with most eligible for premium subsidies

We hope it wonât be necessary to extend this transitional policy beyond next year, so that federal and state governments may provide the protections intended by Congress to all Americans in the near future. In the end, U.S. insurance markets will work most efficiently and fairly when everyone plays by the same rules.