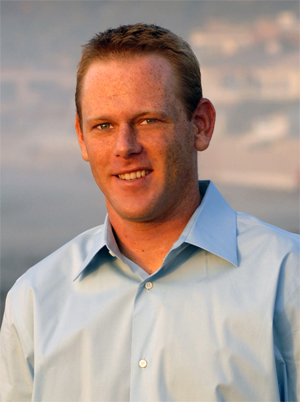 L&HA: What is emotional intelligence, and why is it important?

TB: Emotional intelligence (EQ) is the ability to recognize your own emotions and use that information to respond effectively. It’s also your ability to understand what’s going on with the other person, both emotionally and what they are trying to communicate. It includes how you use all that to create a better bond and manage the relationship more effectively.

L&HA: This sounds like a great concept for financial professionals.

TB: Absolutely. Using emotional intelligence to improve performance in the workplace started with life insurance agents in a study at a division of American Express in the early 1990s. They saw that working on this skill got folks to meet their clients where they’re at. When youâre selling life insurance, there’s a tendency to treat the process as very factual. But for individuals who don’t think about life insurance every day, it’s a pretty emotional experience and one people tend to avoid. Being able to read and respond to what’s going on with the other person improves your ability to serve them.

L&HA: Where did this concept originate?

TB: It has roots in multiple intelligences. There was a time when people believed that IQ was the sole determinant of success in life. However, Howard Gardner saw research coming across his desk that showed that IQ explained about 20 percent of people’s success. More importantly he saw that people with average IQs outperformed those with the highest IQs 70 percent of the time. That led to research on what other mental capacities run in parallel to intellect. Emotional intelligence shook out as the most important. We have more than 5,000 emotional experiences every day; emotions drive our behavior.

L&HA: Your organization has brought the tenets of emotional intelligence to professionals and corporations worldwide. Give us some idea of the order of magnitude.

TB: We work with more than 75 percent of Fortune 500 companies. For organizations large and small, what’s most important is how central emotional intelligence to the individual’s job. For people in management, leadership and sales, emotional intelligence is huge. When you consider the reach of our book, Emotional Intelligence 2.0, you could say we have helped increased the EQ of almost a million people.

L&HA: Are you working with insurance companies?

TB: We have worked with all the big ones. Our activity in this sector has ramped up since 2008. Emotional intelligence is really relevant for the industry with the challenges from macro-economic and demographic factors.

L&HA: What about small agencies or the sole practitioner?

TB: We scale our offerings, so regardless of the size of your organization, you will be able to benefit. The Emotional Intelligence 2.0 book has been very successful because it’s the only book out there designed to take you through this learning process and increase your emotional intelligence. Our method is grounded in the Emotional Intelligence Appraisal, included in the book. If you are a sole practitioner you can read the book and take the test; you will know your emotional intelligence scores and which strategies you need to increase your EQ. Teams use the book to have a conversation around emotional intelligence and how it can improve their work. We also offer our training program with a public workshop.

L&HA: How much time does someone need to devote to working on emotional intelligence?

TB: You don’t need to set time aside. If you practice your strategies for 3-6 months, they become habits and you don’t have to think about using them. Your brain will grow new neural pathways to facilitate these behaviors, and you can move onto new strategies and improve your EQ even more. Our goal-tracking system will send you reminders to work on your strategies.

L&HA: Does emotional intelligence spill over into relationships with family and others?

TB: It does in a very big way. There may be aspects of your personality that come out differently at work and at home, but when you are increasing your ability in a particular EQ skill you will bring that wherever you go. An example is an exec at AT&T I coached several years ago. She was leading a really big team, and we were focused on many challenges. She came to one coaching session and said, “At my daughter’s softball game where I am the coach, one of the dads came up and said, ‘You’re getting coached, aren’t you? You’ve been through a 360.'” He could tell she was oriented differently to leading the group.

L&HA: It sounds like he was working on his EQ, too. Tell us about the four core skills.

TB: The first skill, self awareness, is how well you understand not just your emotions in the moment but your tendencies. You know which situations you are going to do well in, which ones you need to avoid, and frankly, which ones you need to prepare for to rise to the challenge. You can’t increase your EQ without taking the blinders off and looking at yourself in new ways. Self-management is the second skill. That’s what you do with this self awareness. People often confuse self-management with stuffing your emotions, but that’s not the case. Oftentimes there are emotions we want to amplify to be more effective. If you are not aware of your emotions, you are their slave.

Then there’s social awareness, which is how you read other people, how you understand both their emotional experience and what they are trying to communicate, including unspoken messages or signals. You use social awareness to drive the fourth skill, relationship management. With awareness of what’s going on with the other person you can respond to them differently. Relationship management requires your self awareness and self management. People often win the battle to lose the war. They get mired in a specific interaction, and the greater good is sacrificed.

L&HA: Looking back to events and trends that shaped 2011, what comes to mind as significant?

TB: In the U.S. today, politically we see a lot of this winning the battle to lose the war. I believe we have a crisis of how relationships are managed more than the fact that there are different ideologies. When you look at the credit crisis we ran into earlier in the year it changed the way a lot of people see America. I found it more a human interaction issue, the way people tackle and solve a problem or aren’t able to. I regard Representative Gabrielle Giffords of Arizona as an example of someone who has emotional intelligence, when she was able to return to Congress this summer to vote on the debt ceiling bill.

L&HA: What would be the best New Year’s resolution someone could make?

TB: Make an action plan to improve your EQ. Economists can’t say when things are going to improve, but for many an emotional recovery will have to precede an economic recovery.