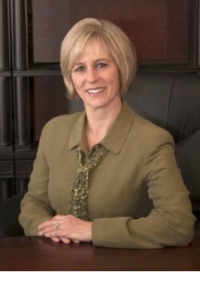 Ms. Ellis is Features Editor for LIFE&Health Advisor. Connect with her by e-mail: [email protected]

Susie Caspar has been helping families plan for their future financial security with long term care insurance (LTCi) since 2001. Her successful track record in LTCi sales has been recognized by Genworth Presidentâs Club, the Million Dollar Round Table, and the American Association for LTCI. We spoke with Susie, one of the top producers for this product, about how she engages clients in a productive discussion about a difficult subject, protecting their financial security and the role her product plays in that discussion.

L&HA: Long term care insurance (LTCi) can be a hard product to sell, but you have just been elected to the Genworth Hall of Fame. Whatâs key to your success?
SC: I understand the market. If everyone in your family died of a heart attack at age 65 itâs highly unlikely that Iâm going to get you to buy LTCi. Most people who buy LTCi have longevity in their families or they are taking care of parents or grandparents in their 80s or 90s. They know the financial, mental, and physical burdens.

My biggest competitors are denial and procrastination. Most people will tell you, âI looked at this ten years ago; I should have bought it then.â They should have. When is the last time you updated your will? Itâs one of those things people never get around to. If you donât plan ahead, your options are: spend down all your money, transfer all assets out of your name and qualify for Medicaid, or put the burden on family members to be your care providers.

L&HA: Demographics that affect long term care have changed dramatically in a single generation.
SC: Baby Boomers are aging and medical technology continues to extend our lives. Consider these trends: women are working, and people arenât retiring at 65. Families are spread out, and everyone has fewer children to take care of parents when they get old.

L&HA: What makes for a successful sales approach?
SC: I ask people about their family situation. How old were their parents when they died or how old are they now? Who was their care provider? Then I ask them how many kids they have. When they say, âTwo boys,â I reply, âI wonder which of them is going to take care of you when you get old?â They usually chuckle. Then I ask, âIs either one of your sons married? Will your daughters-in-law take care of you?â Thatâs really the story.

Once I get a hold of your name, youâre not getting away from me until you say, âAll right, Iâll buy it, Susie.â Or, âGo away, I will never buy it.â Sales is also helping people understand in laymenâs terms how products work and which ones make sense for their situation. Iâve seen policies people bought with all the wrong options and none of the right ones, and I think, âWho sold you this product?â

L&HA: Do the options vary a lot and are there some that make solid, good sense for most people?
SC: Thereâs a cluster of options that most people will get, but the most important option is inflation protection. The average age at which people today buy long term care insurance is 57; the target market is 40-70. You can buy it as young as 18 or as old as 80, but very few people in their 70s are going to be able to qualify health-wise. (There are some who will.) Letâs say youâre 57 and youâre buying a policy. We donât anticipate that you are going to be using this policy until you are in your mid-80s. What if you live to be 95 or 100? Inflation protection allows your coverage to grow every year so you keep pace with the increasing costs of health care.

L&HA: What happens if people change where they reside during the 15-25 years they own the policy?
SC: I ask clients where they think they will live throughout retirement. They might say Florida or Arizona, but then I ask where their kids live because when thereâs only one of you left, thatâs where you are likely to go. The coverage is the same anywhere in the country but the costs of care are going to vary. In the Northeast we have some of the highest costs. Often people plan to cover a portion of expenses with LTCi, and then they will dip into savings, investments, pension or Social Security for the rest.

L&HA: Does inflation protection put premiums out of reach?
SC: Rather than buy a policy without inflation protection (unless youâre over the age of 75), I recommend you start with a lower monthly benefit. Youâre not likely to need long term care in the next 15 years because if you do, the insurance company is going to deny you.

L&HA: Have policyholders struggled in tough economic times to keep up with their premiums?
SC: The lapse rate for LTCi is less than one percent. I have over a thousand policyholders and have had fewer than 20 people lapse. People donât lapse their policies because their coverage is a very good value. When LTCi was developed in the 1970s the insurance companies used an assumption that five percent of policyholders would lapse their policies, but they were way off. Thatâs one of the reasons they have had rate increases. Many carriers stepped out of the business; there are fewer than 20 now. Genworth and John Hancock are pretty much the industry leaders, with the biggest books of business. Genworth pays out $5 million every business day in claims. Other leaders are Mutual of Omaha, MedAmerica, TransAmerica, Northwestern Mutual, New York Life, and Mass Mutual.

L&HA: Are you confident these carriers will be around in 20-plus years to pay claims?
SC: Most companies have filed for rate increases because interest rates have been so low for so long. Some filed for their first rate increases in 35 years back in 2007 and 2008. Iâve had my policy for 11 years and never had a rate increase. If interest rates drop insurance companies can hold out for a couple years, but itâs been five years now. Prices today are much higher than they were ten years ago.
I donât think the long term care industry will go away because the need for long term care is not going away. Whatâs the other solution? Welfare pays for you to be in a nursing home. You canât get care at home or move into a nice assisted living facility. When all Baby Boomers are on Medicaid you wonât be in a double room, you will probably be on a ward, third bed down on the right.

L&HA: Can you give us an example of the importance of LTCi?
SC: Letâs talk about cost and control. My father developed Parkinsonâs disease and needed round the clock care at home at a cost of $18,000/month. He has needed care for three years, so that comes to $650,000. He could live for another five years, potentially bringing the total cost to $1.5 million. Do you think thatâs how he wanted his hard-earned assets to be spent? Good thing he had some LTCi. People need to understand that if you donât plan in advance your family will make a choice. And they often decide to put you on welfare. By putting you into a nursing home they have preserved the family inheritance. When you need long term care you are not a decision maker, your kids are. You wonât have the opportunity to choose.