Private Equity Has Robust First Half, Projected to Stay Strong throughout Rest of 2017 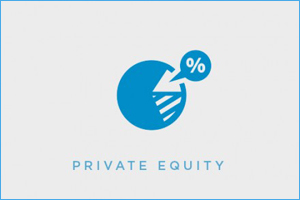 NEW YORK, Aug. 14, 2017 /PRNewswire/ — Private Equity had its best first-half in nearly four years and transaction activities are projected to continue to be robust throughout the rest of 2017, according to The Deal, a business unit of TheStreet, Inc. (NASDAQ: TST).

In the first half of the year, global financial sponsor entry M&A accounted for 8.6% of total M&A, the highest first-half percentage since 2013, when it represented 11.7%, according to Dealogic. Last year, the figure was 7.1%.

“Amid a continued high-valuation environment, private equity firms are finding attractive investment opportunities, with technology and healthcare among the sectors that have seen plenty of deal activity in the first half of the year,” said Armie Lee, reporter at The Deal. “Deal advisers see PE transaction activity remaining strong in the months ahead.”

Some highlights from the report:

private equity firms are finding attractive investment opportunities, with technology and healthcare among the sectors that have seen plenty of deal activity in the first half of the year

The full article is available online. For more information about The Deal’s Private Equity coverage, go to www.thedeal.com.

The Private Equity League Tables include global deals involving PE firms, either on the buy side or sell side, regardless of whether financial terms were disclosed. Credit is given to all advisory firms involved on the deal, not only firms that advised on the PE side or a PE client. Deal types range from leveraged buyouts, add-on acquisitions, management-backed buyouts and any deal where a PE firm had a stake in the target, buyer or seller. Transactions where the investment implied at least a 30% stake in the target we’re also included, as were minority investments where PE executives joined target boards.

The Deal (www.thedeal.com) provides actionable, intraday coverage of mergers, acquisitions and all other changes in corporate control to institutional investors, private equity, hedge funds and the firms that serve them. The Deal is a business unit of TheStreet, Inc. (NASDAQ: TST, www.t.st), a leading financial news and information provider. Other business units include TheStreet (www.thestreet.com), an unbiased source of business news and market analysis for investors; BoardEx (www.boardex.com), a relationship mapping service of corporate directors and officers; and RateWatch (www.rate-watch.com), which supplies rate and fee data from banks and credit unions across the U.S.