President Goes 0-for-4 for Retirees 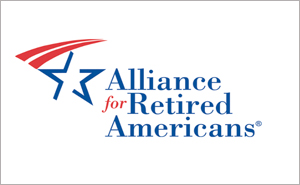 The following statement was issued by Richard Fiesta, Executive Director of the Alliance for Retired Americans, regarding President Trumpâs budget proposal for fiscal 2021:

âPresident Trump has had four chances to deliver a budget that protects retirees and each time he has proposed brutal cuts. Each time he has failed to deliver. His FY 2021 budget proposes cutting hundreds of billions of dollars from Medicare, even more from Medicaid and $70 billion from Social Security disability benefits. Together these cuts will strip health care and basic income from millions.

âThese cuts are cruel and would hurt millions of older Americans. Retirees have paid for Medicare over a lifetime, and depend on these benefits to stay healthy. The average Medicare beneficiary is already paying more than $5,000 in out of pocket health care costs per year while the average Social Security retirement benefit is just $16,656 per year.

âHundreds of thousands of seniors depend on Medicaid to pay for nursing homes and health care expenses. Nearly 2 in 3 nursing home residents receive care through Medicaid. Seniors can also get services through Medicaid such as home health care, mental health and therapy services, as well as durable medical equipment and some dental services.

âIf the President were serious about health care, he would fully fund Medicaid. He would take action to help seniors afford their prescription drugs, which would also strengthen Medicareâs future solvency. The solution is staring him in the face. H.R. 3, the Lower Drug Costs Now Act, has been passed by the House of Representatives but President Trump promised to veto it. This bill would limit out of pocket drug costs for seniors to $2,000 per year and require the government to negotiate lower prices for 250 prescription drugs, including insulin. The bill would save so much money that coverage for current and future seniors would be expanded to include hearing, dental and vision benefits.”

FY 2021 budget proposes cutting hundreds of billions of dollars from Medicare, even more from Medicaid and $70 billion from Social Security disability benefits...

âA presidentâs budget reflects their values. President Trump is raiding retireesâ earned benefits to pay for the tax cuts he passed for the wealthiest Americans and profitable corporations. Every time he has had a chance to fight for older Americans he has not. Our 4.4 million members will work to make sure every senior understands the Presidentâs record, not just his tweets.â

About The ALliance For Retired Americans

The Alliance works closely with the White House and Congress to ensure that seniorsâ issues like retirement security and prescription drug prices get the attention they deserve.

We educate and mobilize retirees to participate in national, state and local elections and publish an annual Congressional Voting Record.

Our members are also active at the state and local levels, advocating on behalf of retirees on issues such as health care, housing, transportation and consumer protection.