Though fearful of economic-impact, most organizations are unprepared,
few have adequate plans for coping 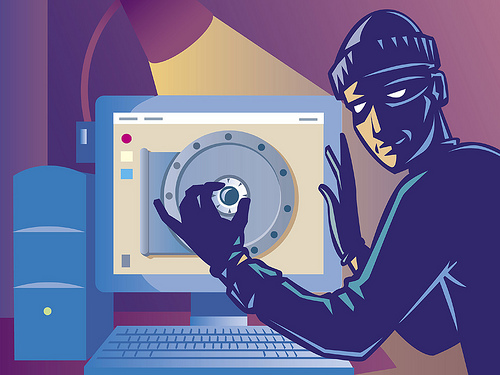 WASHINGTON, Nov. 5, 2014 /PRNewswire/ — U.S. companies believe that more high profile cyber-breaches could significantly harm business conditions, yet admit they are woefully unprepared for cyber-risks and their potential widespread impact, according to a survey released today by the Association for Financial Professionals (AFP).

Conducted Monday among finance executives attending the AFP Annual Conference in Washington, DC, the survey revealed that 62 percent of companies have experienced an actual or attempted cyber-attack in the last 12 months, and 62 percent also knew of cyber-attacks at their major counterparties. The survey generated 970 responses from executives in corporate treasury, finance and banking.

As a result of recent-attacks, cyber-risk ranks high among business concerns, with 32 percent of respondents rating cyber-risks “highest” on a five-point scale and another 28 percent rating these risks “very high.”

Companies appear to be throwing money at the problem, with 71 percent increasing spending to mitigate possible attacks, including a quarter that increased their spend by at least 50 percent, according to the survey.

But they aren’t necessarily spending on insurance. Only six percent of companies that were uninsured against cyber risk began carrying cyber insurance in the last year, and only 15 percent increased their coverage during the period. A full 31 percent of responding organizations do not carry any cyber insurance to date.

“Cyber risk is arguably one of the biggest risks that businesses face,” said Jim Kaitz, AFP’s president and CEO. “Companies fear direct risks from breaches of their corporate technology, and they fear fallout from the economic impact of high profile breaches within our financial system.”

Companies fear direct risks from breaches of their corporate technology, and they fear fallout from the economic impact of high profile breaches within our financial system

Asked about particular cyber threats that would have the biggest detrimental impact on business conditions, companies cited:

Despite grave concerns and a fear of economic impact, 21 percent of organizations hadn’t updated their crisis response/business continuity plans in the last year and another 12 percent revealed that they had no such plans at all.

AFP will delve deeper into this topic with the 2015 AFP Risk Survey to be published in January 2015 with the support of Marsh & McLennan Companies.

about AFP Â®
Headquartered outside Washington, D.C., the Association for Financial Professionals (AFP) is the professional society that represents finance executives globally. AFP established and administers the Certified Treasury Professional and Certified Corporate Financial Planning and Analysis Professional credentials, which set standards of excellence in finance. The quarterly AFP Corporate Cash Indicators serve as a bellwether of economic growth. The AFP Annual Conference is the largest networking event for corporate finance professionals in the world.