The Power of Multiples: How to Reduce Financial Pain Points

New research from the data analytics company Hearts & Wallets reveals how we comprehend, and manage, financial events within our lives. 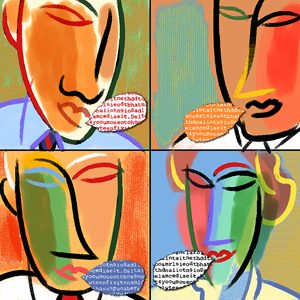 (March 18, 2020, Rye, NY) â Americans struggle with multiple financial pain points more often than a single problem, from choosing investments to paying off debt, as revealed in a report by Hearts & Wallets, the data analytics company that specializes in how consumers save, invest and seek financial advice.

The Pain Points & Actions: How Helping on the Greatest Difficulties Can Unleash Multiple Actions quantitative report analyzes consumer difficulty with financial tasks, rates of seeking help, and actions consumers are taking and plan to take in the future. The report analyzes trends at national level and for specific groups of consumers.

This annual report of over 5,000 U.S. households is drawn from the Hearts & Wallets Investor Quantitative™ Database, recognized as the largest single dataset with 80 million data points on consumer buying patterns from over 50,000 U.S. households.

The report tracks 21 difficulties. The top 3 difficulties nationally highlight the struggles of different consumer groups (ask for more data on these findings) â

Consumers who say they struggle with at least one financial task â from choosing appropriate investments to paying off debt â is up, and consumers usually struggle with multiple difficulties.

When examined by number of tasks, consumers display a clustering, or an âall-or-nothing,â pattern, with about a third of consumers nationally (34%) rating 0 tasks as difficult, and large group (51%) rating 3 or more tasks as difficult. Nationally, consumers with at least 1 difficult financial task have an average of 6.7 difficult tasks. Only a small group falls in the middle, rating 1 or 2 tasks as difficult. This pattern is most pronounced for consumers still in the working, or accumulation phase of life rather than pre-retirees or retirees.

when a consumer struggles with one financial pain point, they usually have difficulty with several; Financial services firms should view the initial need holistically and be ready to address multiple needs...

Seeking help increases action. For example, half (53%) of consumers who sought help with âdetermining appropriate levels of insuranceâ took action to buy insurance. In comparison, for those who did not seek help, only 30% purchased insurance.

âThe clustering pattern indicates that when a consumer struggles with one financial pain point, they usually have difficulty with several,â Laura Varas, CEO and founder of Hearts & Wallets said. âFinancial services firms should view the initial need holistically and be ready to address multiple needs as they execute on the first need.â

âOffer support for action taking to younger consumers because they will act with or without input from financial professionals,â Amber Katris, Hearts & Wallets subject matter expert and co-author of the report, said. âSeeking help increases action taking, and most of the actions tracked relate to financial wellness. Older consumers in particular might benefit from help to review the actions they are taking.â

Methodology
Pain Points & Actions: How Helping on the Greatest Difficulties Can Unleash Multiple Consumer Actions examines levels of consumer difficulty with financial tasks, rates of seeking help, and actions consumers are taking and plan to take in the future This annual report is part of the Investor Quantitative™ Database, which contains over 50,000 U.S. households. The latest survey wave was fielded in July 2019 and includes 5,461 households, weighted for a nationally representative sampling.