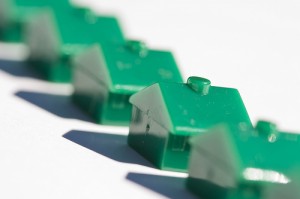 Conducted after the election, the survey results show that the net share of lenders expecting an increase in purchase mortgage demand over the next three months was at or near survey lows across the different loan types â with a majority of lenders citing “mortgage rates are not favorable” for their worsening near-term outlook.

“The survey captured lenders’ bearish sentiment driven by the recent surge in mortgage rates â a level of bearishness last seen in the summer of 2013 during the taper tantrum,” said Doug Duncan, senior vice president and chief economist at Fannie Mae. “The sudden surge in mortgage rates weighed on expected future purchase and refinance volume. Downbeat production expectations suppressed lenders’ profit margin outlook to the worst showing in the survey’s short history. Rates could slowly unwind in coming quarters, reversing some of the decline in volume. However, the potential normalization of interest rates after a sustained period of strong refinancing volumes presents the biggest business challenge facing mortgage lenders in some time.”

Fannie Mae helps make the 30-year fixed-rate mortgage and affordable rental housing possible for millions of Americans. We partner with lenders to create housing opportunities for families across the country. We are driving positive changes in housing finance to make the home buying process easier, while reducing costs and risk. To learn more, visit our websiteÂ and follow us on twitter.com/fanniemae.