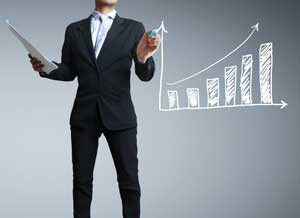 October 31, 2019 — CHICAGO–(BUSINESS WIRE)–Investment returns stayed in positive territory for institutional plan sponsors in the third quarter of 2019. The median plan in the Northern Trust Universe finished with a 0.8 percent return for the three months ending September 30, 2019.Â The Northern Trust Universe tracks the performance of approximately 300 large U.S. institutional investment plans, with a combined asset value of approximately $1.08 trillion, which subscribe to performance measurement services as part of Northern Trust’s asset servicing offerings.

âAsset class diversification helped institutional investors to generate positive returns in the third quarter, with fixed income playing a key role,â said Mark Bovier, regional head of Investment Risk and Analytical Services at Northern Trust. âU.S. equity programs, the largest allocation in most plans in the Northern Trust Universe, had a median return of 0.7 percent in the quarter, while the median return for international equity programs was -1.5 percent. Meanwhile the U.S. fixed income program universe median return was up 2.1 percent for the quarter. The 10-year Treasury Note yield dropped from 2.0 percent to 1.7 percent during the quarter, putting upward pressure on bond prices.â

Public Fund plan median US equity allocation for the current quarter was 33.7 percent. International equity median exposure was 15.7 percent while the median exposure to U.S. fixed income came in at 24.2 percent.

Foundation and Endowment plans had a median U.S. equity allocation of 27.6 percent in the third quarter. International equity median exposure was 10.1 percent while the median exposure to U.S. fixed income was 11.1 percent. Alternative assets are widely used in the F&E universe, with private equity and hedge fund median allocations at 12.6 and 11.1 percent, respectively, as of September 30, 2019.

Results of US plan level universes as of September 30, 2019:

Northern Trust Corporation (Nasdaq: NTRS) is a leading provider of wealth management, asset servicing, asset management and banking to corporations, institutions, affluent families and individuals. Founded in Chicago in 1889, Northern Trust has a global presence with offices in 20 U.S. states and Washington, D.C., and across 23 locations in Canada, Europe, the Middle East and the Asia-Pacific region. As of September 30, 2019, Northern Trust had assets under custody/administration of US $11.6 trillion, and assets under management of US $1.2 trillion. For 130 years, Northern Trust has earned distinction as an industry leader for exceptional service, financial expertise, integrity and innovation. Visit northerntrust.com or follow us on Twitter @NorthernTrust.