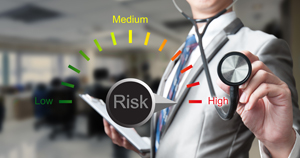 January 14, 2020 — LOS ANGELES–(BUSINESS WIRE)–The IBD/TIPP Economic Optimism Index, a leading national poll on consumer confidence, continued to reflect positivity in January, rising 0.7% to 57.4. Despite a slight decline on the Six-Month Economic Outlook component, the index maintained its record run in positive territory, remaining above 50.0 for 40 consecutive months. An index reading below 50.0 for the IBD/TIPP indexes indicates pessimism.

The IBD/TIPP Economic Optimism Index has established a strong track record of foreshadowing the confidence indicators issued later each month by the University of Michigan and The Conference Board. IBD/TIPP conducted its national telephone poll of 901 adults from January 3 – January 11, using live interviewers and both cell phone and landline numbers. The margin of error is +/-3.3 percentage points.

This month, the Presidential Leadership Index rose slightly overall, from 46.2 to 46.5 — a 0.6% increase. While President Trumpâs Favorability and Job Approval ratings declined, by 2.8% and 0.4% respectively, his Leadership rating offset the dip. The Leadership component rose 5.4% to reach 48.4, the componentâs highest reading since May 2019.

The National Outlook Index increased across every component in January, yielding a reading of 49.0– up 2.7% from December. The increase was propelled by a jump on Morals & Ethics, which rose 12.7%, from 29.2 last month to 32.9 this month.

A ‘Lower Level Of Stress’

The Financial Related Stress Index hit a new record in January. This monthâs reading of 47.1 marked the lowest level of financial stress experienced since IBD began tracking the measure in December 2007. The index also dropped below 50.0 for the first time in five months. A reading below 50.0 on this index indicates that consumers feel less financial stress while a reading above 50.0 equals more financial stress.

âThis monthâs indexes revealed very few shaky spots,â said Terry Jones, IBD’s commentary editor. âEven as tensions run high with Iran, the stock market continues to perform, which has quelled potential unease. Additionally, Americans are less stressed about finances than they have been in more than a decade.â

“The stock market remains exceptionally strong and has almost returned to the level of âpeak happinessâ last attained in 2018. Stocks also hit new record highs after President Trump announced a de-escalation of tensions with Iran,â said Raghavan Mayur, president of TechnoMetrica who directed the poll. âUnemployment also held steady at 3.5% — a rate not experienced since 1969 — and women represented more than half of the paid workforce for only the second time in history. Americans feel secure financially and remain optimistic about their economic prospects moving forward.â

This month, 20 of 21 demographic groups â such as age, income, race and party preference â that IBD/TIPP tracks were at or above 50 on the Economic Optimism Index. Thatâs one higher than December, four higher than November and three higher than October and September. Eleven groups rose during the month, down from 19 in December, but up from 14 in November, 12 in October, and just three groups in September.

On the Economic Outlook component, 12 of the 21 groups that IBD/TIPP tracks scored in optimistic territory, versus 15 in December, six in November, one in October, three in September and 11 in August. Optimism over the economyâs six-month outlook fell among all three political groups and among both investors and non-investors alike. But optimism among Independents, a key swing vote in upcoming elections, remained above 50 for a second month in a row as the election season kicks off.

Unemployment also held steady at 3.5% -- a rate not experienced since 1969 -- and women represented more than half of the paid workforce for only the second time in history...

On the Personal Financial component, all 21 groups IBD/TIPP tracks again remained in optimistic territory, as in December, November and October. Thatâs up from 19 in September. Seventeen groups rose, up from 14 in December and November, 12 in October and just three in September. Democrats, Republicans and Independents all increased. Just four groups fell, down from eight in December, six in November and eight in October. In September, 18 fell, and 14 fell in August, the same as in July.