The less investors think, the better their returns might be 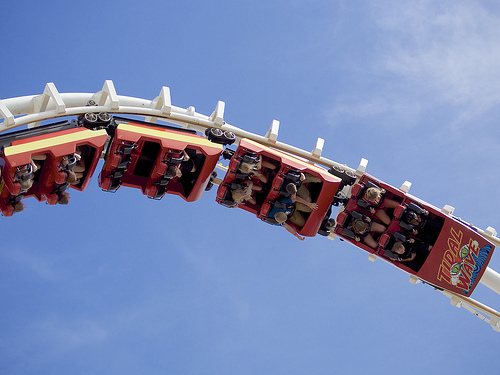 When it comes to your investment portfolio, do you ignore the noise coming out of the White House? Do tariffs matter? Or would it be more prudent to chill and focus on other potential drivers of the markets?

I have (somewhat cynically) noted that the less investors have been thinking, the better their investment performance must have been over the past decade. Could it be that our intellect actually gets in the way of making good investment decisions? When it comes to trying to project what influence politics has on investments, this may well be the case.

We all recall how many predicted a stock market meltdown when Trump was elected; the selloff lasted a few hours, then the markets rallied. Go figure.

Similarly, I allege that if I were to look at your investment portfolio, odds are high I can tell you whether you are a Democrat or Republican at heart. If this were actually correct (I have no proof, although I have anecdotal evidence my claim has some merit), should your political preferences dictate how you deploy your capital?

To all tree huggers and those interested in saving mankind and the planet, sure, there are reasons why you might want to deploy capital according to your social convictions. However, it used to be that investors deployed their capital to maximize profits, even if that meant investing in that tobacco company that did no social good. Socially conscious investments may have moved from the fringe to the mainstream.

My own take had been, well, in a market that goes up, and up, and up, it doesn’t really matter what you invest in, so you might as well invest in a good cause with a subordinate interest whether the return on capital is as high as it could be if social factors were not considered. Thereâs a saying that bull markets make smart investors. Meaning, as Warren Buffett has put it so eloquently, when the tide moves out, we will find out who swims naked. Differently said: investing according to your political convictions may make you feel good, but may not necessarily be financially prudent.

For much of 2017, there was a lot of talk about the so-called Trump trade. Buy stocks that benefit from proposed policy changes. In many ways, this is nothing new, as investors have sliced and diced the winners and losers of presumed new policies of new administrations. What may be more pronounced this time is both the drama that surrounds the Washington sausage making process.

Let me quote from a Financial Times article that, in my assessment, goes to the core of human behavior:

We humans are social creatures. Given a choice between being right on a partisan question (abortion, guns, Brexit, globalisation, climate change) and having mistaken views that our friends and neighbours support, we would rather be wrong and stay in the tribe. … in surveys of views on climate change: college-educated Republicans and Democrats are further apart on the topic than those who are less educated.

Aside from the hot button issues listed, I would add to that a Federal Reserve that has been politicized in recent years, as well as policies on trade to name a most recent hot topic that might affect investments. So letâs take trade. When Trump announced tariffs, some cheered, some gasped. When Gary Cohn resigned as Trumpâs Chief Economic Adviser, the fear expressed by some was Trump would now be âunleashedâ, as the pro free trade voice is leaving.

Circling back to the aforementioned article, the prudent way to react to such news flow may be to remain calm:

… the evidence suggests that curious people are less subject to the temptations of partisanship. When the national conversation becomes polarized, we need to encourage curiosity about how things work rather than them-and-us tribalism.
So how does one take a deep breadth, and take a step back, to assess what the implications are and not be euphoric or horrified, depending on your political leanings? Well, itâs not easy. An article in the New York Times earlier this month had a novel suggestion: read a printed newspaper.

More specifically, shut down all your electronic gadgets:

Not only had I spent less time with the story than if I had followed along as it unfolded online, I was better informed, too.
It has been life changing. Turning off the buzzing breaking-news machine I carry in my pocket was like unshackling myself from a monster who had me on speed dial, always ready to break into my day with half-baked bulletins.

We have spent much of the past few years discovering that the digitization of news is ruining how we collectively process information. Technology allows us to burrow into echo chambers, exacerbating misinformation and polarization and softening up society for propaganda. With artificial intelligence making audio and video as easy to fake as text, weâre entering a hall-of-mirrors dystopia, what some are calling an âinformation apocalypse.â

All right, reading a newspaper delivered to the door wonât solve all problems, notably not if the printed paper is â as many of them are â in itself politically biased. But the article makes important points. My take: being aware of oneâs bias is a first step in trying to distance oneself.

One can also make technology your ally: one of the reasons I engage on social media, by the way, is to seek out people who disagree with me; if they can make an intelligent argument about another point of view, it is time well spent. I used to think that 140 characters cannot possibly enough to have an intelligent discussion. While that may still be the case for some topics, for the most part, I now believe that if you cannot express it in 140 characters, you are on a rant. And by all means, thereâs the right time for long form analysis; given that you have read up to this point, I presume you agree.

The conclusion many might draw is that discounting political noise is the way to go. But, no, I did not say that. In my humble opinion, and Iâm trying to take a step back here, successful investing is about following a process; while we can argue which process is superior, most of us may agree having a process at all is better than none. In that spirit, letâs look at a few commonly pursued processes:

There are, of course, variations of all of these approaches. For example, in our analysis, equity markets have done worse in recessions than in economic expansions. So one could tweak any of the models above to be less invested during recessions. But how do you recognize when you are in recession, when the government agency may only tell you with months of delay? Investors again have a choice of using some rigid indicators or revert to reading tea leaves. I donât even mean âreading tea leavesâ negatively, but if someone is convinced that a change in government policy is going to bring about an economic downturn, you may very well want to express it in your portfolio allocation.

In that context, it is quite relevant whether tariffs impact the economy. Similarly, it is very relevant whether an economic stimulus at a time when unemployment is rather low may be inflationary.

We donât have a crystal ball, but what we do know is that with all the noise there is, the most important thing may be to have a plan. Then, the political drama may be less stressful to investors. Depending on oneâs investment process, it doesnât mean one should ignore Washington, but it may mean turning off the talking heads once in a while to get away from it all. So get off your desk and off your iPhone, it may well be good for both your health and your portfolio!

Let me just be clear that, speaking for myself, I do follow the news and believe it is important for my investment process. I look at the world in terms of possible risk scenarios. If I consider a scenario significant enough to be reflected in my investment allocation, I will take action. It has helped us make some smart moves, such as getting out of stocks ahead of the financial crisis, but this approach can also lead one to be overly cautious. I say that even if I take exception to the notion of âoverly cautiousâ, as caution is in the eye of the beholder; it was the appropriate amount of risk given my assessment at the time. Remember: your investment goals should be your benchmark; for most investors, this is not the S&P, but some notion of saving for retirement or the next generation.