Playing The Nuclear Trump Card, The .75% Solution, And Fiscal And Monetary Schizophrenia

The method to the madness

Insurance ratings firm Egan-Jones has published its latest risk-commentary, leading with Putinâs nuclear saber-rattling and an educated guess on the Feâs next move. Excerpts are presented below. Access the full report here. 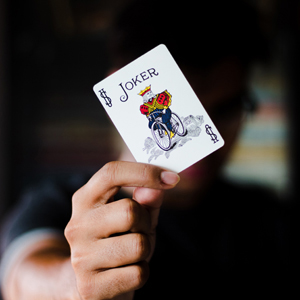 (BUSINESS WIRE)–Egan-Jones Ratings Company has released its latest Risk Commentary issue entitled, âPlaying the Nuclear Trump Card, The .75% Solution, and Fiscal and Monetary Schizophrenia, The Method to the Madnessâ. In this commentary, Egan-Jones provides views on event which present significant risks and in turn offers some possible outcomes.

A country with nuclear power is typically held to a higher standard than other countries as the usage of such power threatens multiple countries from the radiation fallout. Furthermore, there is the concern that a war involving nuclear weapons quickly devolves into a global catastrophe.

Putin appears to have crossed an unspoken line via his conducting forced elections in the Donbas and Crimea territories with a vote on annexation and the claim that any attack on Russian territories (i.e., soon the Donbas and Crimea) is an attack on Russia and therefore justifies a nuclear response. The additional news is that Russia will be calling up 300K troops, of which perhaps 40% will be directly involved in the fighting with the balance involved in support operations. If Putin proceeds with a launch of nuclear weapons, it is likely that Russia joins North Korea in the toxic state category with a severing of additional ties to developed countries and sanctions against those doing business with Russia in most areas.

The upshot would be pain for Russia, but also pain for Europe and most of the world with a rise in the cost and scarcity of energy and other raw materials. Alternatively, if the aim is for Putin to gain the most favorable terms for an armistice with Ukraine, it is plausible that there be a rapid return to normality. The trick is for negotiators to defuse the tensions and assist Putin in maintaining face. Unfortunately, recent actions (the nuclear threat and the calling up of additional troops along with the supposed arrival of Abrams tanks from the US) are a step away from de-escalation.

The irony is that Putin might get what he wants, but not what he needs. (See the Rolling Stonesâ âYou Canât Always Get What You Wantâ song). Putin is past retirement age and is unlikely to go the way of other world leaders with a gracious easing into the think tank and consulting world as Prime Minister Blair and President Obama have. Putinâs situation appears to be more akin to that of many of the Roman Generals or in more contemporary terms, an organized crime figure, whereby protection without the powers of the office is difficult. The trick for Putin might be negotiating a âwinâ in Ukraine while assuring his safety for the next ten to twenty years.

The irony here is that while monetary policy is stomping on the brakes in an attempt to quell inflation, fiscal policy is going in the opposite direction with the student loan forgiveness, the Inflation Reduction Act, and the war in Ukraine...

The FED has increased funds rates by 75 basis points twice and appears to be on track for another 75 bps rise. While rarely discussed, a 225 basis point rise (i.e., 75 bps times three) translates into a $695B increase in interest expense (although there is not a direct correlation) which is close to the $704B spent on the military. Hence, the Fed is likely to temper additional rate increases and might not proceed with the full 75 bps rise.

The irony here is that while monetary policy is stomping on the brakes in an attempt to quell inflation, fiscal policy is going in the opposite direction with the student loan forgiveness, the Inflation Reduction Act, and the war in Ukraine. Despite the apparent contradiction, there is a method to the Madness.

Method to the Madness

To be able to predict future events, it is helpful to understand operative motives and motivations. In politics, being re-elected is all, and the current administration is acting in a way which is consistent with that objective. The strategy is to reward your base with gifts in the expectations that the base will vote come election day. While the student loan forgiveness is helpful to many recent college graduates, many are questioning the equality for those who repaid their debt and those who never went to college in part because of the cost. Furthermore, the recent overturning of Roe is likely to be a greater motivator. Regardless, at the margin, the action helps the current administrationâs voting base.

The Ukraine War is complicated by Europeâs dependance on Russia for natural gas. While the restart of Denmarkâs Tyra field will help, it is unlikely until late 2023. In the meantime, the costs for European natural gas are significantly above those of the US, and to a lesser extent Asia. The impact is pressure on European manufacturers as natural gas is a feedstock for many processes.

Egan-Jones Ratings Company (Egan-Jones) started providing ratings in 1995 for the purpose of issuing timely, accurate ratings. Egan-Jones is a Nationally Recognized Statistical Rating Organization (NRSRO) and is recognized by the National Association of Insurance Commissioners (NAIC) as a Credit Rating Provider. Egan-Jones is certified by the European Securities and Markets Authority (ESMA).