Tax Changes and their Impact on Wealth Management 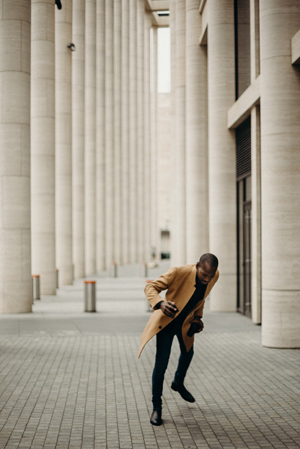 Few things in life are certain â taxes may be a certainty but even their certain existence comes with dizzying changes that can upend even the best-laid plans. While we may not see many of the changes to personal income taxes that were initially proposed during the Biden campaign and earlier negotiations in Congress, this year has reminded us that tax-planning should always be front of mind.

We can agonize over every possibility for change, but itâs most useful to focus on the things we can control â largely our own behavior and decisions. Thinking in probabilities and focusing on what is most likely (or unlikely) to change both now and in the future can help narrow in on opportunities for planning and reduce the instinct to make knee-jerk reactions that are more detrimental to financial success than any actual tax changes themselves.

Looks Unlikely: Increased Marginal Tax Rates for Most Individuals and Familiesâ¦ However

It looks unlikely that the Build Back Better Act can pass the Senate if increased marginal rates are part of the package. A smaller spending amount, though still in the trillions, doesnât require as much tax revenue, so thereâs a low probability that marginal rates will drastically change for most individuals and families given the resistance proposed measures have seen.

Individuals and families with high income may see a new surtax based on what passed in the House that effectively creates a higher tax rate when income starts to exceed $10 million. While Congress has moved away from the idea of taxing billionaires on the value of their assets year to year, modified adjusted gross income between $10 million and $25 million could see a 5% surtax. An additional 3% surtax could be assessed on modified adjusted gross income above $25 million creating a top federal rate of 48.8% on some income.

There may be a silver-lining and welcome reprieve for many living in high-tax states in the form of an increase in the amount of state and local taxes that can be deducted on federal returns (referred to as the SALT limitation). The Tax Cuts and Jobs Act (TCJA) created a $10,000 cap in 2017 that would sunset in 2025. Congress has proposed increasing the cap to $80,000 through 2031, allowing taxpayers who itemize their deductions to claim more of their taxes paid to states and localities. For someone with a top marginal rate of 37% and $80,000 of deductible state and local taxes, this provision would create around $25,900 in tax savings â a sweetener for some.

A Sharper Focus On Tax Planning

Many are unlikely to have to worry about higher marginal tax rates or suddenly finding themselves in a higher bracket overnight. While tax rates might not change tomorrow for most, the current marginal rates under the TCJA wonât last forever. People may be in lower tax brackets today than they will be in the future, so now is a good time to revisit decisions surrounding income deferral.

To reduce the anxiety surrounding higher taxes and an unknowable future, financial plans should be âstress-testedâ with a higher tax expense to determine the true impact of higher tax rates, especially if current TCJA rates are being used to plan beyond 2025. While most people donât like paying more in taxes, higher taxes migh not cramp lifestyles or current budgets.

Alternatively, knowing that tax increases may create challenges or require changes in current behaviors (spending, savings rates, etc.) can be invaluable in enabling early action.
For those who may be impacted by the high-income surtax of 5% or 8% because of one-time events, like a business sale or exercise of long-held stock options granted by an employer, timing of transactions should be considered.

While an outright increase in capital gains rates to 25% for some taxpayers is looking, it is likely that we could see expanded application of the Net Investment Income Tax (NIIT) of 3.8% that supports Medicare. Currently, NIIT is owed on net investment income (passive income generated by investments such as capital gains, interest, and dividends) realized by high-income taxpayers. Current proposals seek to apply NIIT to more types of income, including net income generated by a business and passed through to those whose adjusted gross income exceeds $400,000 for individuals and $500,000 for married couples filing jointly.

To reduce the anxiety surrounding higher taxes and an unknowable future, financial plans should be âstress-testedâ with a higher tax expense to determine the true impact of higher tax rates, especially if current TCJA rates are being used to plan beyond 2025...

There may be little that can be done to protect pass-through income from NIIT â ultimately those in business want to make money and have profits! However, it is worth considering ways to keep passive income from investments in check, even for those who arenât business owners with pass-through income. NIIT currently kicks in when modified adjusted gross income exceeds $200,000 for individuals and $250,000 for married couples filing jointly (the thresholds are even lower for some trusts), so tax efficiency should always be considered when it comes to investments.

An idea to consider for non-tax-deferred accounts is that of direct indexing. Direct indexing is a strategy that allows you to replicate the performance of an index using only a portion of the individual components (stocks) that make up the index.

Of course, you can track an index using a mutual fund or ETF, but individual stocks allow for the added benefit of âtax alphaâ through regular tax-loss harvesting. By harvesting losses on a systematic basis, you can offset gains (or possibly even create loss carry-forwards during market pullbacks or periods of heightened volatility) while maintaining an appropriate portfolio allocation and similar performance to that of an index. Additionally, a capital gains budget can be set annually to provide some control over realized gains where possible, though a low capital gains budget may come at the expense of deviating from the performance of the index being tracked.

Stories of âMega Roth IRAsâ (think Peter Thiel and his $5 billion Roth IRA) have made headlines and sparked both envy and outrage. Loopholes like the âbackdoor Roth IRAâ have been used by individuals who make too much money to contribute directly to a Roth IRA â contributing after-tax dollars to a Traditional IRA and converting to a Roth IRA before there are significant taxable earnings.

Because IRA and Roth IRA contribution limits are relatively small, this loophole is less significant than the one that has allowed individuals to hold private investments inside of tax-deferred accounts, specifically Roth IRAs where huge amounts of appreciation can be shielded from taxes. Mega and backdoor alike, Congress has zeroed in on reducing the availability of Roth IRA benefits at high income levels. Thereâs a range of proposals related to tax-deferred retirement accounts, but have more widespread impact than others.

It is likely that Congress will eliminate the ability to convert after-tax contributions made to Traditional IRAs and qualified retirement plans regardless of income as of December 31, 2021. This is easy, simple to enforce, and doesnât inflict a lot of pain due to the small IRA contribution limits. It is also likely that Congress will limit the ability of those with high incomes ($400,000 for individuals and $450,000 for married couples filing jointly) to complete Roth conversions beginning after December 31, 2031. Thatâs right â 2031 is the year here; Congress still wants the tax revenue from Roth conversions and has created incentive to convert sooner than you may have otherwise done.

Planning for Roth conversions will be more complex and require a holistic approach to looking at not only income today, but income projected into the future beyond ten years. Conversions when combined with other income could push individuals up to the 37% marginal rate and introduce higher taxes paid now than in the future when IRA accounts are drawn down. Roth conversions have never been a no-brainer decision for high-net-worth clients â now more than ever advisors need to have a strong handle on current and future cashflows along with a complete understanding of the tax picture year to year.

Though conversion rules may change, Roth benefits are not completely unavailable at high income levels. Roth 401(k) contributions have never had the same income limitations as Roth IRAs â if an employer-sponsored retirement plan includes Roth options, they should be considered as part of a comprehensive tax planning approach. Contribution limits are higher than those for IRAs ($19,500 in 2021 for those under 50 and a $6,500 catch up contribution for those over 50) and can allow meaningful accumulation of tax-free funds without the headache of Roth conversions.

Tax-free sources of funds to be used in retirement may be reduced by current proposals, so plans should include provisions for higher income taxes in retirement to account for a combination of factors: less Roth dollars available, higher marginal tax rates on withdrawals of pre-tax dollars from retirement accounts after TCJA expires, and the possibility that anything could change in the tax code over a lifetime. Those nearing retirement should shore up their retirement income strategies and understand how things beyond their control, like taxes, may necessitate a shift in strategy.

While we crave certainty and control, we live in a world where we must make decisions (some with high stakes) in the face of uncertainty. There are no guarantees as to how the Senate will handle the bill passed by the House, but when we start to think in probabilities, we can better understand the choices in front of us and focus our decision-making efforts on the actions most likely to produce optimal outcomes.