How trigger-based financial products can protect against previously uninsurable risk 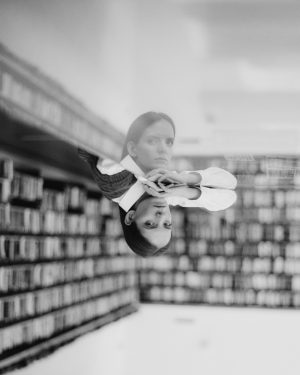 A few years back, while flying from Atlanta to Seattle, I overheard an elderly couple in the row behind me talking about how concerned they were about their retirement and what would they do if their Social Security benefits were reduced. That was the moment that changed my professional life.

Until that day, I had not spent much time contemplating Social Security, except to assume that I should not count on it for my retirement. At first, I didnât give much thought to the content of their conversation, but what was very familiar to me was the fear and concern I heard in their voices. I had heard that before.

I had the pleasure of growing up in Flint Michigan for the first 18 years of my life. Flint is the birthplace of General Motors, a company that at one time was the largest corporation in the world. In the mid-1950s the city was among the most prosperous. By the mid-1980s, however, it was ranked the worst city in America by Money Magazine.

Around the time I was born, the proverbial wheels started coming off the cityâs economy. The well-being of most of my family and friends was tied to the success of the automobile industry. As that industry declined, so did the economic futures for the majority of Flintâs residents. Many of the retirement promises made by GM began to be reduced, renegotiated or eliminated altogether. Growing up, I remember hearing a sense of helplessness in the voices of family members as their jobs were eliminated or their GM stock went to zero during the bankruptcy. No one believed GM would ever go bankrupt, but it did — and massive economic damage resulted.

The fear of Social Security reductions expressed by the couple behind me on that flight to Seattle was the same fear I had heard in the voices of friends and family around the Thanksgiving dinner table growing up; talk of layoffs, reduced pensions and finding a new city as job cuts continued in Flint.

When I heard the fear in that coupleâs voice on the plane, the idea of PlanGap was born. I thought to myself: âThere has to be a financial product this couple could buy for protectionâ¦something like Social Security gap insurance?â An insurance product that could help put them back in control of their retirement income should their benefits be reduced.

When I got off the flight, I booted up my laptop and began searching for Social Security gap insurance. All of my searches came up empty. I couldnât understand why a product like this didnât exist.

As I continued to research the specter of Social Security reductions, I discovered that a disclosure is included on page two of every single Social Security statement that is sent. That disclosure states that if things donât change, there will only be enough money to pay 79% of benefits in 2035 (no wonder the couple on the flight was concerned). Even more alarming, as I read the TransAmerica Retirement survey, I found that the threat of Social Security reductions is the largest unaddressed retirement planning fear in America.

Over the past few years, PlanGap assembled top minds in insurance, finance, risk modeling and regulatory navigation to develop and sell the first product ever to pay a bonus should someoneâs Social Security benefits be reduced by government action.

The trigger is controlled by a fully transparent model, developed and maintained by Milliman. The âSocial Security Benefit Indexâ allows the annuity owner, financial advisor and regulators to monitor how various forms of public policy affects the Social Security benefits for any given birth year. For example, if we get to a point in which the government begins reducing Social Security benefits, all you have to do is view the index and see if your birth year was affected.

The trigger is controlled by a fully transparent model, developed and maintained by Milliman. The âSocial Security Benefit Indexâ allows the annuity owner, financial advisor and regulators to monitor how various forms of public policy affects the Social Security benefits for any given birth year...

If changes have triggered the Index for your birth year, the PlanGap Annuity will automatically credit additional funds to your annuity account value that can be withdrawn penalty free or kept in the annuity to continue to grow at a fixed interest rate. Additionally, for our first product, means testing would also be considered a trigger. For example, even if reductions only impact certain people â such as those with higher incomes â the annuity still pays a benefit.

The COVID-19 pandemic has supercharged concern around Social Security. As advisors, we need to prepare for the topic of Social Security solvency to be one of the most talked about retirement planning issues in 2021. In fact, the Congressional Budget Office (CBO) suggests that the massive increase in unemployment during 2020, coupled with many other factors, could push forward the insolvency date for the Social Security Trust Fund from 2035 to 2031. Other economists forecast it could be as early as 2028 or 2029; well within the lifespan of even older clients.

A recent survey conducted by Nationwide suggested that if advisors are not helping their clients navigate the potential reduction of Social Security benefits, 76% of surveyed clients would seek out a new advisor that could help them.

Itâs because people view their Social Security income promises as an âassetâ in their retirement plan. In fact, if you had to write a check to an insurance company to reproduce the lifetime income stream that Social Security provides, it would be a pretty big check: somewhere between $300,000 and $750,000 for a single premium immediate annuity.

While Social Security is not technically an asset â it cannot be bought or sold â there is no reason not to treat it like an asset from an insurance standpoint. Is there anything a person owns that is worth that much that an advisor would not recommend insuring? This is especially true when the risk is readily discussed by the government, media and other experts on a daily basis.

2020 has changed the way our industry has to operate. We are likely entering one of the most significant periods of retirement income insecurity that we have ever seen. Not only are income promises from the Social Security Administration in question, but so are many state, local and private pensions that have counted on a higher interest rate environment to meet their obligations. All you have to do is type âpension cutsâ in Google to see all of the major systems that are sounding the alarm bells.

The Pension Benefit Guaranty Corporation, backed by the federal government, is in worse shape than the Social Security Administration. A run of pension defaults could easily wipe out the trust fund established to help with solvency issues of those plans.

Trigger based retirement insurance solutions are well positioned to play a critical role in reducing the risk associated with retirement income promises, and this nascent suite of offerings is likely to grow in the years ahead. At PlanGap, we believe protecting off balance sheet income sources through retirement insurance is the future of a sound financial and retirement plan. Otherwise, advisors and their clients will be subject to the whims of political risk and institutions that have no true accountability to them or their clients.

As 2021 unfolds, expect to hear even more about issues related to the solvency of Social Security, and advisors will want more tools so they can be proactive with their clients to help calm their fears and put them in control of this issue.

Research suggests the vast majority of clients are concerned or have a strong opinion about Social Security insolvency. Of course, they can leave that $500,000 âhouseâ uninsured and pray that no fire or storm will take it out, but new trigger-based products are offering solutions to this problem that didnât exist before. If my upbringing in Flint taught me anything, it was to never underestimate risk â especially if somebody is offering a solution.