Planning Through The Prism Of Debt

Debt vs. Saving is not an either/or proposition 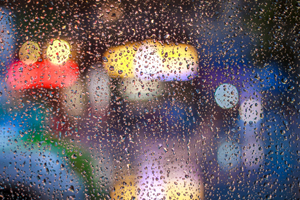 In general, three factors cause Americans to delay saving for retirement: debt, rising costs and lack of access to a retirement plan. While these factors can be a source of stress for investors of all ages, advisors can play a key role in helping their clients balance these obstacles and avoid missing out on opportunities to plan for a secure retirement.

The good news is the recently passed SECURE Act should help address the access problem.
This much-needed and highly anticipated reform is an opportunity to create new avenues for business owners to offer their employees access to workplace retirement plans, subsequently increasing the retirement security for millions of Americans.

Debt, on the other hand, is a different story for those trying to balance paying it down and saving for retirement. Dealing with debt weighs heavily on the minds of many Americans and understandably so. In December, the New York Federal Reserve announced that Americans have a record $14 trillion in debt, including mortgages, credit cards, and student loans.

According to a recent survey conducted by NationwideÂ® and ENGINE2, 44% of Americans feel stressed and 36% feel overwhelmed when thinking about their debt. Many are left wondering if itâs possible to get out of it without completely changing the way they live.

We have evidence that many people are ready to make tough decisions to tackle their debt. The same survey revealed that Americans would be willing to give up some of their favorite things if someone would develop a plan to help them to get out of and stay out of debt. For example, 63% would be willing to give up their favorite food for a month while 49% would forgo their coffee and other forms of caffeine for 30 days.

Unfortunately, too many fail to put this attitude into action, perhaps because itâs hard to visualize how these small sacrifices can make a difference over time. The Nationwide study2 also found that nearly one in three respondents (29%) described themselves ânot too knowledgeableâ when it comes to saving and planning for retirement. In the same study, 52% of those surveyed indicated they have not contributed as much to retirement because of debt or student loans.

The opportunity for financial advisors is clear: Americans, including plan sponsors and plan participants, need help navigating the hard choices that must be made to accommodate the needs of today and tomorrow.

Itâs common for young people to feel a need to focus on getting rid of their student loan debt as soon as possible, often by paying more than the minimum payment. However, itâs important to consider if long-term financial goals are better served by paying off debt over a longer period of time...

Itâs common for young people to feel a need to focus on getting rid of their student loan debt as soon as possible, often by paying more than the minimum payment. However, itâs important to consider if long-term financial goals are better served by paying off debt over a longer period of time.

Clients should be reminded that they may be able to reduce their student-loan payments, accept a slightly later pay off and contribute the difference to their retirement savings account â allowing them to avoid missing out on the compounding value of money invested over time.

Itâs also tempting to prioritize buying a home over saving for the future. Home prices have steadily risen, making it more difficult to balance saving for a down payment and saving for retirement. However, itâs possible to address both goals at the same time.

For example, if someone saves $300 a month for a down payment on a home, earning one percent interest, he or she will have $20,000 accumulated in about 4.20 years.

However, the person could reduce his or her monthly saving amount by $50 and redirect it into $25 per pay contributions to his or herâs retirement account. In just 5.80 years, he or she would have $20,000 for a down payment and $8,608 saved for retirement, based on a 6% return on investment.

Dealing With Debt & Savings In Tandem

Laying out scenarios like this can help clients see that tackling both debt and saving for retirement can be done simultaneously. As you talk to your clients about this challenge, consider highlighting these key themes:

Time is money: Itâs never too early to start saving for retirement or too late. But time is their biggest ally when investing, so it may be a mistake for them to wait until theyâre debt free to begin saving. Our research revealed that the average age workers begin saving for retirement is 313. While age 31 may seem relatively young, it means they are missing out on nearly a decade of savings, asset accumulation and the associated potential for compound returns.

A little bit can go a long way: Itâs not all or nothing when it comes to retirement. A common misconception is that you need to save a big percentage of your income to have an impact. Small savings now can compound and add up to significant returns over time.

Donât leave money on the table: If their employer offers a 401(k) match, employees shouldnât pass up the free money and the opportunity to put it to work for them for years to come.

Itâs not an either-or proposition: A well thought out financial plan can balance several financial priorities at once, including debt, things you want today and the potential for a secure retirement tomorrow.

Those in the retirement industry have a tremendous opportunity to help plan sponsors and participants take a holistic approach when it comes to both paying down debt while also saving for retirement. Advisors can help clients see how all of their income sources, be it Social Security, pensions and defined benefit and contribution plans, can help tackle existing debt while at the same time help save for retirement. It shouldnât be one or the other, but rather both.

Also, how are returns on clientsâ investments outside of retirement accounts helping generate income that can help pay down debt and save for retirement?

At Nationwide, we spend a lot of time thinking about helping Americans achieve retirement security. Recently, we introduced Nimblsm by Nationwide, a free mobile app that helps people design a plan to get out of debt and stay out of debt. By connecting their accounts, they can see their everyday financial picture in one place and make decisions that put them on a path to reduce debt and potentially find opportunities to put their money to work for the future.

No one enjoys dealing with debt, but itâs a reality most Americans face in nearly every phase of life. Thanks for helping your clients tackle this important piece of the retirement puzzle.

1 Nationwide Business Owners Survey, 2019 Survey Report/September 12, 2019
2 This report presents the findings of a CARAVAN survey conducted by ENGINE among a sample of 1,004 adults comprising 502 men and 502 women 18 years of age and older. The online omnibus study is conducted twice a week among a demographically representative U.S. sample of 1,000 adults 18 years of age and older. This survey was live on November 21-24, 2019.
3 Nationwide Participant Solutions Research Study (2017)