Planning For The Peak-65 Generation

How will we answer to an unprecedented surge when our system is at its most vulnerable? 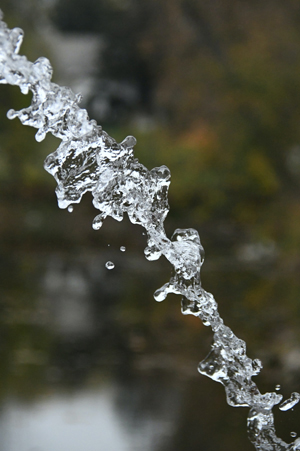 Mr. Fichtner is the Alliance for Lifetime Incomeâs Senior Fellow and leads its Retirement Income Institute.

The greatest surge of new retirees in the nationâs history is fast approaching. In a mere three years, the U.S. will have more 65-year-olds than ever before, with more than 10,000 people turning 65 every day, a number that will increase to more than 12,000 a day until the nation reaches its âPeak 65â moment in 2024. Â And by 2030, 20 percent of the U.S. population will be age 65 or older, reaching the traditional age associated with retirement as our nationâs retirement system is at risk like never before.

For generations, the sound construct of the three-legged stool for retirement planningâemployer pensions, personal savings and Social Securityâwas stable. This is no longer the case as the unprecedented surge of retirement age Americans gives the nation little time to prepare for the fact that that millions of Americans are entering retirement with Social Security as their only means of protected income.

The retirement landscape has fundamentally changed since the Peak 65 generation entered the workforce. Our private and public retirement systems have grown obsolete, as evidenced by an estimate by the Center for Retirement Research at Boston College that as many as 50% of households are âat riskâ of not having enough to maintain their standard of living in retirement.

With each passing day, the need for a new retirement security framework that provides adequate protected income for Americans grows more urgent. While Social Security is in need of financial support, the program will likely remain the bedrock of retirement security for the vast majority of Americans...

Congress has an essential role to play. Lawmakers should continue to enact regulations that promote annuities, while removing regulations that are barriers to annuitization, as they did with the Setting Every Community Up for Retirement Enhancement Act of 2019 (SECURE Act).Â  That includes mounting a bipartisan effort to pass Secure Act 2.0, as is reportedly underway, which would potentially offer additional proposals to improve retirement security.

The private sector has an equally essential role to play. Employers and plan sponsors should design better benefit statements by illustrating lifetime income estimations under current contribution patterns to give people a better understanding of the implications of their saving choices. Also, employers should encourage employees to save more money by establishing automatic saving plans that enroll workers, raise contributions gradually over time (perhaps associated with annual raises), and allocate contributed funds to diversified, low-cost investments, including annuities.

The Advisor As A Workplace Benefit

Finally, employers should offer access to financial professionals as a workplace benefit to their workers. In addition to retirement options, employees could seek professional advice on a wide variety of financial issues, including saving for emergencies, a home, education, and even help with basic financial literacy and developing a monthly budget. It is an important component of the new retirement framework that employers take an active role in helping their workers save for events that occur during their working lives, as well as helping them to have a financially secure retirement.

The obsolescence of the nationâs private and public retirement systems is laid bare by the Peak 65 generation, but the problem doesnât stop with them. As the number of defined benefit plans continues to decrease, and the life expectancy of Americans continues to increase over the long-term, succeeding generations will lack the protected income required for a financially secure retirement. A new retirement security framework should be a top priority of both the private and public sectors.

About the Alliance for Lifetime Income

The Alliance for Lifetime Income is a non-profit 501(c)(6) educational organization based in Washington, D.C., that creates awareness and educates Americans about the value and importance of having protected lifetime income in retirement. Our vision is for a country where no American has to face the prospect of running out of money in retirement. The Alliance provides consumers and financial advisors with educational resources, interactive tools, and actionable research and insights to use in building retirement income strategies and plans. We believe focusing attention and conversations on retirement income that lasts throughout life leads to greater retirement security for millions of Americans. Learn more at www.ProtectedIncome.org.