Steve Radke Appointed As President Of The Northwestern Mutual Foundation 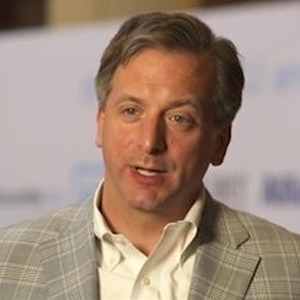 MILWAUKEE, Oct. 21, 2021 /PRNewswire/ — Northwestern Mutual has announced the appointment of Steve Radke to President of the Northwestern Mutual Foundation, effective November 1, 2021. Radke, who previously held the role of Vice President of Government Relations, will continue to spearhead the company’s lobbying and public policy formation efforts, while also overseeing the company’s strategic philanthropy under an expanded role of Vice President of Government and Community Relations.

“As a company, we’re committed to making a meaningful difference by creating long-term sustainable impact and driving change in our communities and society,” said Ray Manista, executive vice president and chief legal and compliance officer at Northwestern Mutual, where he leads law and public affairs, including oversight of strategic philanthropy. “Steve’s extensive experience leading government relations, coupled with his deep community connections grounded in partnership and collaboration, will enable him to carry our mission as a Foundation and serve the people in our hometown of Milwaukee and communities across the country.”

Radke joined Northwestern Mutual in 1994 and has worked in the company’s Government Relations department throughout his tenure with the company. Prior to joining Northwestern Mutual, Radke worked in the Washington, D.C. office of Congressman Jerry Kleczka and managed one of his re-election campaigns. He earned his Bachelor’s and Law degree from Marquette University. He also holds a Master’s degree from Georgetown University.

He recently concluded a two-year term as chair of the Wisconsin Policy Forum and is a member of the Board of Visitors for the Les Aspin Center for Government at Marquette University. He also previously served on the boards of Meta House and the Betty Brinn Children’s Museum.

Northwestern Mutual has been helping people and businesses achieve financial security for more than 160 years. Through a holistic planning approach, Northwestern Mutual combines the expertise of its financial professionals with a personalized digital experience and industry-leading products to help its clients plan for what’s most important. With $308.8 billion in total assets, $31.1 billion in revenues, and $2 trillion worth of life insurance protection in force, Northwestern Mutual delivers financial security to more than 4.75 million people with life, disability income and long-term care insurance, annuities, and brokerage and advisory services. The company manages more than $200 billion of investments owned by its clients and held or managed through its wealth management and investment services businesses. Northwestern Mutual ranks 90 on the 2021 FORTUNE 500 and is recognized by FORTUNEÂ® as one of the “World’s Most Admired” life insurance companies in 2021.