Lockton fortifies its New England presence with the addition 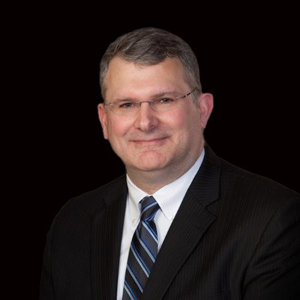 BOSTON, May 5, 2021 /PRNewswire/ — Patrick J. Haraden has joined Lockton as President of its Boston operations. In his new role, Haraden will lead a team of property and casualty insurance and employee benefits experts who serve commercial clients nationally and globally.

According to Tim Ryan, Chief Operating Officer of Lockton Northeast, “Adding Pat to our team is evidence of our commitment to growth in New England. He has built a reputation as a dynamic leader in the industry, and we have every confidence in his ability to propel us forward in this important market through strong relationships with our clients and community. As we welcome Pat to his new role, we also express our appreciation for Chip Manozzi, who previously held this position and was instrumental in helping Lockton gain a foothold in Boston. Chip is stepping back from his leadership role to focus solely on serving his clients.”

“Solving business problems for my clients has always been my top priority,” shared Haraden. “I’m excited to use that same problem-solving creativity, combined with my leadership skills, to drive growth for the region. That opportunity, along with the independent, entrepreneurial nature of the organization, drew me to Lockton.”

Solving business problems for my clients has always been my top priority...

Before he joined Lockton, Haraden served as Area President in New England and the Northeast Regional Director of Gallagher’s public sector practice. He began his career as an underwriter for Blue Cross and Blue Shield of Massachusetts and Harvard Pilgrim Health Care. He parlayed that experience into senior consultant roles at Fidelity, Hewitt Associates, and Watson Wyatt Worldwide. He then became a partner at Longfellow Benefits, which was acquired by Gallagher in 2013.

Haraden earned his Bachelor of Science in accounting and management at Northeastern University and his Master of Business Administration (MBA) in taxation at Bentley College. He is a big believer in continuing to fine tune his skills, leading him to earn a wide variety of insurance and employee benefits professional designations, including CEBS, CPCU, GBA, RPA, CLU, ChFC, RHU, REBC, ARM, AIC and ASLI. Haraden is a licensed health and property and casualty insurance producer and advisor in Massachusetts. He also holds insurance producer and consultant licenses in several other states, is a frequent author on risk management topics, and is a sought-after speaker at industry conferences.