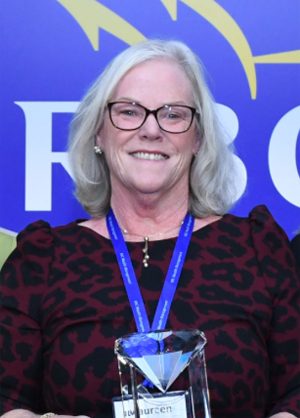 âMaureen has been a leader and champion for women at RBC Wealth Management-U.S. for many years,â said Tom Sagissor, the firmâs president. âHer many contributions to WAFA have helped the group make a difference not just for its members, but also for the overall culture of the firm. She is well-deserving of this honor.â

Kerrigan has been involved with WAFA for many years, and has served in several positions on the groupâs board. From 2015-2017 she served as the groupâs president, where she helped to enact several initiatives designed to support women in financial advisor roles at the firm.

Kerrigan and her daughter Courtney Mahoney, also a financial advisor in the Providence branch, were featured as part of RBC Wealth Managementâs Your Path video series, a 2017 recruiting initiative to attract more women into financial advisor roles at the firm.

The WAFA Gail Winslow Award was established in honor of Gail Winslow, a former RBC Wealth Management financial advisor, who was a trailblazer for 60 years in the financial services industry. She led many financial advisors and clients to paths of opportunity and success through her motto âclients come first.â