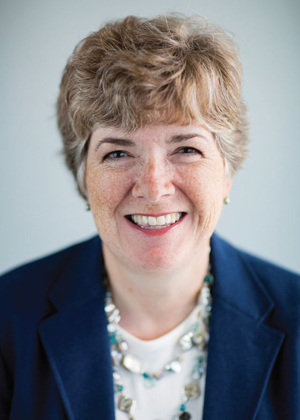 âLauri is a highly successful financial advisor who is known throughout our firm as a strong leader and passionate mentor who brings out the very best in everyone she works with,â said Wally Chapman, central division director for RBC Wealth Management â U.S. âI canât imagine anyone better suited for this role.â

Droster previously served as branch director of RBC Wealth Managementâs Madison, Wisconsin branch, where she not only grew her own book of business, but also led the branch to a 37 percent increase in production. She maintains a reputation for hiring, developing and promoting diverse employees. In 2018, she was the recipient of the firmâs Gail Winslow Award, which recognizes a woman at RBC Wealth Management who demonstrates exemplary efforts to help attract, support and retain female clients and financial advisors.

âCoaching and training are among my passions, so this new leadership role is ideal for me,â Droster said. âIâve been a successful advisor and a top producer in this industry and, as a woman, I bring a different perspective to the job. I know how to achieve organic growth, and I know the value of diverse teams. These will be top priorities for me and Iâm thankful for this opportunity and the recognition from my firm.â

Droster began her career in the securities industry in 1986 in the operations area of a bank trust department. She joined RBC Wealth Management â U.S. in 1992 as part of a high-performance team helping clients achieve their financial goals, and assumed leadership of the team in 2001. Since 2003, Droster has been recognized annually as a member of the firmâs Chairmanâs or Presidentâs Councils, which recognize employees for their outstanding production, performance and professional growth.

Lauri is a highly successful financial advisor who is known throughout our firm as a strong leader and passionate mentor who brings out the very best in everyone she works with...

Other honors include being named a 2006 Barronâs Top 100 Women Financial Advisor in the U.S., a 2009 and 2010 Barronâs Top 1000 Advisor, a 2020 Forbes/SHOOK Best-In-State Wealth Advisor, and a 2020 Forbes/SHOOK Top Women Wealth Advisor. In 2010 she was selected as the Edgewood College MBA Distinguished Alumnus, and in 2011 Droster received the ATHENA Award from The Business Forum in recognition of her long-standing leadership in business.

Droster graduated from the University of WisconsinâStevens Point with a Bachelor of Science in mathematics and earned a Master of Business Administration degree from Edgewood College. In 2001, she achieved the CFP™ certification after finishing the highly demanding and extensive curriculum, and in 2011 she completed RBCâs Accredited Wealth Manager program. âLauri truly embodies the values of RBC and is the perfect fit for this opportunity,â said Tom Sagissor, president of RBC Wealth Management â U.S. âI am confident she will grow and strengthen our St. Paul Complex and am proud to see her stepping into an important leadership role.â