Looks to a ‘tremendous opportunity for long term growth’ 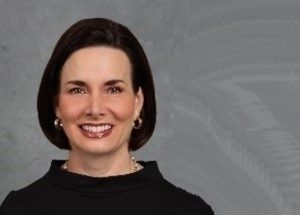 Wellborn has more than 25 years of experience in the financial services industry, most recently as head of wealth management at Comerica Bank, which she joined in 2009. Previously, she held strategic roles in wealth management as well as commercial, corporate and retail banking. Before joining Comerica, she was president of the North Texas Region for Wells Fargo predecessor bank Wachovia Corporation.

âThe Private Bank and Abbot Downing are strategically important to WIM and offer tremendous opportunity for long-term growth as we continue to draw on the many strengths and deep client base of Wells Fargo,â said Jonathan Weiss, head of WIM. âBringing these teams under Juliaâs leadership will allow them to collaborate more closely and result in the best service and offerings for our clients.â

Wellborn, who currently is based in Dallas, will relocate to New York City in the future. She is expected to join Wells Fargo on Aug. 30.

Active in the community, Wellborn serves as a Trustee of the Baylor Health Care System Foundation and on the board of Young Presidentsâ Organization Dallas Gold. She also is a member of the International Womenâs Forum, Tocqueville Society of the United Way of Metropolitan Dallas and the Boston University Questrom Advisory Board. In 2008, she was named by the Dallas Business Journal as one of âDallasâ Most Powerful Womenâ and by Texas Diversity magazine as one of 36 âMost Powerful and Influential Women in Texas.â She has been recognized as a Distinguished Alumna of the Richards School of Business at the University of West Georgia.

Wells Fargo & Company (NYSE: WFC) is a diversified, community-based financial services company with $1.9 trillion in assets. Wells Fargoâs vision is to satisfy our customersâ financial needs and help them succeed financially. Founded in 1852 and headquartered in San Francisco, Wells Fargo provides banking, investment and mortgage products and services, as well as consumer and commercial finance, through 7,600 locations, more than 13,000 ATMs, the internet (wellsfargo.com) and mobile banking, and has offices in 32 countries and territories to support customers who conduct business in the global economy. With approximately 263,000 team members, Wells Fargo serves one in three households in the United States. Wells Fargo & Company was ranked No. 29 on Fortuneâs 2019 rankings of Americaâs largest corporations. News, insights and perspectives from Wells Fargo are also available at Wells Fargo Stories.