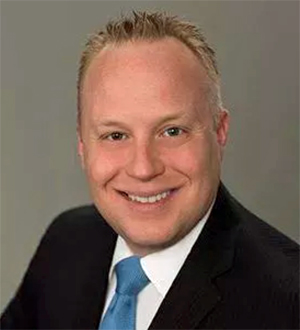 “I’m honored and humbled to be named a Top Advisor in both of these prestigious publications,” said Bogart, President and CEO of Bogart Wealth. “However, I really view these awards as recognition for our firm as a whole. Any success I have achieved individually is the direct result of the collective effort of our entire team. I’m proud that our team works together every day to deliver a first-rate client experience, guiding corporate executives, professionals, and families on their paths to and throughout retirement while also helping them achieve financial peace of mind by preserving and maximizing intergenerational wealth.”

A seasoned wealth advisor, James Bogart, CFPÂ®, ChFC, President and CEO of Bogart Wealth, takes personal pride in assisting executives, entrepreneurs, and professionals pursue their dreams through highly customized financial planning strategies. As Principal, he focuses on maintaining the highest level of customer service and attention to detail possible, and on seeking to deliver the most effective technology, reporting tools, and analysis to every client.

An innovative visionary with seemingly endless energy, James surrounds himself with people who complement his skills, and he consistently promotes a collaborative environment. He leads by example, always exemplifying Bogart Wealth’s core values. James sets a high bar for himself and his employees and encourages everyone to acquire designations that will help them catapult their career and better serve clients.

During the pandemic, James has led Bogart Wealth’s company growth from $700 million AUM to $1.9 billion â all in organic growth. As a result of this high demand for their special attention and fiduciary financial planning and investment management services, there has been a drastic need to grow the team at Bogart Wealth, and there have already been four new hires so far in 2022 and 15 new hires in the last 18 months. In addition, Bogart Wealth’s retention rate during the last 18 months has been 99.3%.

In early 2022, James spoke to students at Virginia Tech on how to succeed in the financial services industry, and he has been heavily involved in Virginia Tech’s Financial Planning program.

Bogart Wealth is an independent, fee-only wealth management firm guiding corporate executives, professionals, and families on their paths to and throughout retirement. Led by President and CEO James Bogart, their mission is to help clients achieve financial peace of mind by preserving and maximizing intergenerational wealth. As a Registered Investment Advisor (RIA), Bogart Wealth is held to a fiduciary standard, which gives clients confidence in knowing that everything the firm does is always in their best interest. Clients of Bogart Wealth enjoy an extremely high level of service, and the firm’s boutique size enables multiple advisors to become familiar with each client and their financial plan. At Bogart Wealth, everyone is a part of the team, and they have taken great care to build a collegial and cooperative culture, as well as a diverse set of skills, experience, qualifications, and credentials. The team works together to apply their combined experience, expertise, and knowledge to each client account. To learn more, visit www.BogartWealth.com.