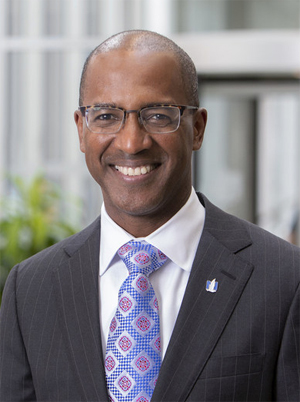 COLUMBUS, Ohio, Aug 19, 2019 /PRNewswire/ — Eric Stevenson will be the next leader of Nationwide’s retirement plans business. Stevenson steps into the role succeeding John Carter, who was recently named President and Chief Operating Officer-elect over all of Nationwide’s financial services business lines.

Stevenson most recently served as Senior Vice President of distribution for Nationwide’s retirement plan business, which is responsible for nearly $145 billion in assets under management for more than 2.5 million participants. Nationwide is a market leader in the sale of 457 plans for public sector entities and 401(k) plans for small to mid-size businesses. The company also provides 403(b) plans for educators and health savings accounts as part of a comprehensive retirement planning portfolio.

“I’m confident in Eric’s ability to expand our retirement plans market share as we strive to help America’s workers prepare for retirement and protect their financial legacies,” said John Carter. “Nationwide’s leadership bench strength is impressive, and we believe Eric is the right person to build on the momentum we’ve had with both public and private-sector partners. His experience with our retirement plan solutions, combined with his vision for the future, has undoubtedly prepared him to lead us into the future.”

Stevenson brings nearly 15 years of industry experience to the role. After managing sales and marketing for consumer-packaged goods brands, he joined Nationwide in the marketing organization. He continued to take on roles of increasing responsibility in marketing and in 2007 was named vice president of Nationwide Retirement Plans Marketing for public and private sector. He’s overseen recent plan wins including the City of Baltimore, the City of Scottsdale, AZ and the City of Philadelphia.

I'm honored and humbled to be the next leader of a business that is focused on the noble purpose of helping America's workers prepare for and live in retirement...

“I’m honored and humbled to be the next leader of a business that is focused on the noble purpose of helping America’s workers prepare for and live in retirement,” Stevenson said. “Our experience serving small and medium-sized businesses and public sector plans for state, city and county employees, as well as first responders, puts Nationwide at an advantage to best understand the unique needs of plan sponsors and their participants.”

Nationwide, a Fortune 100 company based in Columbus, Ohio, is one of the largest and strongest diversified insurance and financial services organizations in the United States. Nationwide is rated A+ by both A.M. Best and Standard & Poor’s. An industry leader in driving customer-focused innovation, Nationwide provides a full range of insurance and financial services products including auto, business, homeowners, farm and life insurance; public and private sector retirement plans, annuities and mutual funds; excess & surplus, specialty and surety; pet, motorcycle and boat insurance. For more information, visit www.nationwide.com. Follow us on Facebook and Twitter.

Nationwide, Nationwide is on your side and the Nationwide N and Eagle are service marks of Nationwide Mutual Insurance Company. Â© 2019