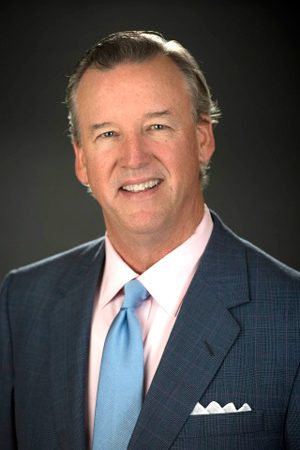 In his expanded role Murphy, 56, takes the reins from President and CEO Robert L. Reynolds, who will shift to a new role as Chair of Great-West Lifeco U.S. LLC. Reynolds will maintain his role as president and CEO of Boston-based Putnam Investments, also a subsidiary of Great-West Lifeco US.Â As president and CEO, Murphy will assume leadership of all of GWL&A, which has $544 billion in assets for approximately 9.2 million customers (as of 12/31/18), and includes Empower Retirement, Great-West Investments and the companyâs individual life insurance and annuity businesses.

Murphy will remain president of Empower Retirement and will report directly to Great-West Lifeco President and CEO Paul Mahon.

âEdâs vision, insight and guidance have helped Empower grow into the second largest retirement services provider in the U.S.,â said Mr. Mahon. âWith his strong track record of success, he is well-placed to serve the needs of our growing client base in the U.S.

âItâs Bobâs leadership over the years that has helped strengthen GWL&Aâs position in the U.S. market. I look forward to continue working with Bob in his new role and remain confident that he will continue to help grow our business in the U.S. and position us well for continued success into the future.â

Empower was formed in 2014 and serves approximately 39,000 retirement plans sponsors. Under Murphyâs leadership, Empower has established a track record of sustained growth and momentum driven by a significant investment in participant engagement, an advisor-centric business model, and public policy advocacy on behalf of American retirement savers.

Murphy brings 30 years of broad industry experience to his role. Before his 2014 appointment as President of Empower, he had served as Managing Director of the Defined Contribution and Investment Only business at Putnam Investments since 2009 and served on the firmâs Operating Committee. Previously, he held executive leadership roles for 17 years at Fidelity Investments in its institutional, private equity and retail businesses. He also served as President and CEO of Veritude, LLC, as well as a board member of BostonCoach, Advisor Technology Services, Seaport Hotel, World Trade Center and several other Fidelity-owned businesses. Earlier, he spent six years at Merrill Lynch.

With his strong track record of success, he is well-placed to serve the needs of our growing client base in the U.S....

Murphy has written articles on retirement-related matters and has testified in Washington, D.C., before the House Ways and Means Committee, the Department of Labor, the Treasury Department and the IRS. He speaks on topics ranging from retirement issues and public policy to investment advice and lifetime income strategies.

He is a board member of the Employee Benefit Research Institute, Cristo Rey School, Boston College Wall Street Council and the New England Council. He holds a bachelorâs degree from Boston College and is a graduate of the General Manager Program at Harvard Business School. He is married and a father of four.

Murphyâs appointment comes at a time of sharpened focus at GWL&A on the markets for retirement services, investments and wealth management. Last month the company announced it had entered into an agreement to sell, through reinsurance, substantially all of its individual life insurance and annuity business to Protective Life.

Great-West Investments serves the market for retirement investments through its sub-advised investment platform and creates an array of value-added products and retirement income solutions.