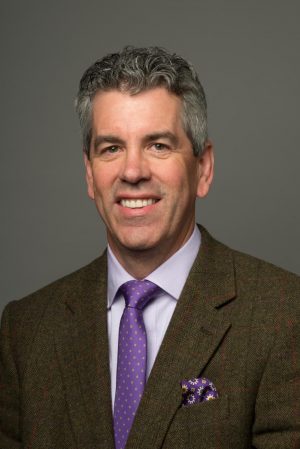 WASHINGTONâD. Joeff Williams of Winston-Salem, N.C., began his term as president of the American Academy of Actuaries today, succeeding 2018â19 Academy President Shawna Ackerman.Â As president, Williams leads the national professional association of more than 19,500 members, whose mission is to serve the public and the U.S. actuarial profession. The Academy provides leadership, objective expertise, and actuarial advice on risk and financial security issues to public policymakers, and sets qualification, practice, and professionalism standards for actuaries in the United States.

Academy ‘Relevant On A Daily Basis’

âAs we engage in our work and lay the groundwork for the Academyâs future this year, I hope to focus on how the Academy is relevant on a daily basis to our members and to the stakeholders that we touchâespecially policymakers and the public who rely on sound actuarial work,â Williams said after accepting the presidential gavel from Ackerman at the Academyâs 2019 Annual Meeting and Public Policy Forum in Washington, D.C. âThis will include highlighting to members, other stakeholders, and the public the many public policy and professionalism resources and activities of the Academy and their benefits.â

Williams served as the Academyâs vice president, professionalism, from 2016 to 2018, and has served on numerous Academy committees. He received an Outstanding Volunteerism Award from the Academy in 2013. He is a consulting actuary for Actuarial Management Resources Inc. in Winston-Salem, N.C., where his work focuses on the life and health insurance areas.

The American Academy of Actuaries is a 19,500-member professional association whose mission is to serve the public and the U.S. actuarial profession. For more than 50 years, the Academy has assisted public policymakers on all levels by providing leadership, objective expertise, and actuarial advice on risk and financial security issues. The Academy also sets qualification, practice, and professionalism standards for actuaries in the United States.