Godard will take up his duties on 1st January 2023 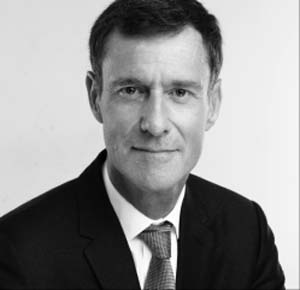 Following the joint declaration of the 8th February 2022 on âEuropean Scale-Upâ under the French Presidency of the European Union, Mr. Alain Godard was nominated to set-up and lead the European fund for digital sovereignty. As Chief Executive of the European Investment Fund (EIF), Alain Godard has played a leading role in designing and promoting this strategic initiative supported by several Member States, notably, France and Germany, as well as the EIB Group.

The scale-up initiative aims to support innovative companies and start-ups in the digital economy, sustaining their development within Europe. The Fund will address a market gap that has led to the refinancing of three quarters of our most successful start-ups outside the EU. In view of the global environment and the importance for Europe to strengthen its sovereignty in key strategic sectors such as energy, food, security and defense, this is an absolute priority for all EU Member States. The European Scale-up Initiative aims to provide crucial financing for Europeâs high-tech companies in their late-stage development, when they want to scale up their business from a start-up status to a more developed venture.

Commenting on the nomination, Dr. Werner Hoyer, President of the European Investment Bank, said: âI am delighted to announce the nomination of Alain Godard as the Chairman and Managing Director of the European Fund for Digital Sovereignty. Under his leadership, the EIF has responded to the COVID crisis by tripling its activity volumes to historical highs and doubling its capital. With the support of leading Member States and EIB, Alain Godard has been instrumental in the development of the Scale-Up initiative in support of start-ups in the areas of technology and digitalization. He will bring deep market experience and much-needed insight in the creation and leadership of the European Fund for Digital Sovereignty. I wish him good luck in his new roleâ

He will bring deep market experience and much-needed insight in the creation and leadership of the European Fund for Digital Sovereignty...

As an economist, Alain Godard has held various managerial positions in finance and Assets/Liabilities management at the EIB since he joined in 1994, after a career in management consulting in Paris and London. He holds a Post Graduate Diploma in Finance (DES) and an MBA from the Institut Commercial de Nancy. He is a Certified Accountant (DEC) and alumni of the Executive Program of IMD (International Institute for Management Development). Alain Godard is a former high-level athlete.

The European Investment Fund (EIF) is part of the European Investment Bank Group. Its central mission is to support Europe’s micro, small and medium-sized businesses (SMEs) by helping them to access finance. EIF designs and develops venture and growth capital, guarantees and microfinance instruments which specifically target this market segment. In this role, EIF fosters EU objectives in support of innovation, research and development, entrepreneurship, growth, and employment.