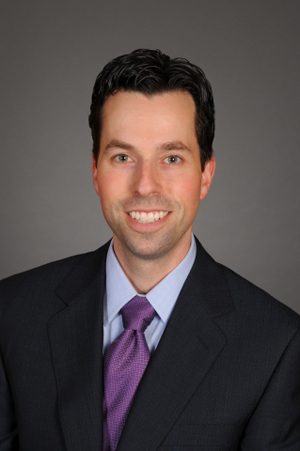 Cooper, age 41, who previously served as the Chief Investment Officer of Equities for the $170 billion asset manager, will be replaced by Putnam veteran Shep Perkins, age 48, in that role. Perkins has been Co-Head of Equities with portfolio management responsibilities at the firm. Both Cooper and Perkins joined Putnam in 2011.

âSuccessfully operating in todayâs asset management environment requires continual evolution and reinvention â both in internal structure and in serving the marketplace,â said Reynolds. âWe believe that our new leadership model, including the creation of a Chief Operating Officer role, will allow Putnam to strongly align its resources around many of its key priorities as we move forward.â

Reynolds added, âI look forward to working closely with Aaron in further strengthening Putnamâs strategic focus and driving key aspects of our firmâs business goals. Aaron brings impressive intellectual depth, superior management experience, and an unyielding commitment to the mission at hand, which will only serve to benefit our firm and our clients.â

Successfully operating in todayâs asset management environment requires continual evolution and reinvention â both in internal structure and in serving the marketplace...

Shep Perkins is Chief Investment Officer, Equities, where he leads the firmâs equity group, including the portfolio management, research, and trading teams. Before that, Perkins was Co-Head of Equities, responsible for providing strategic direction to portfolio managers and equity analysts. In addition, Perkins is a portfolio manager of Putnam Global Equity Fund and Putnam Sustainable Leaders Fund. He joined Putnam in 2011.

Prior to joining Putnam, Perkins was the portfolio manager of Fidelity Mid-Cap Stock Fund from 2005 to 2011. Prior to that, he was responsible for Fidelity OTC Fund. He received a B.A. in Economics from Amherst College and is a CFA Charterholder. He has been in the investment industry since 1993.

At the end of December 2018, Putnam had 22 active mutual funds1 with an overall rating of four or five stars by Morningstar, a respected industry observer. Moreover, in March 2018, Barronâs ranked Putnam one of the top ten mutual fund families across multiple time periods for the past decade, based on strong investment performance across asset classes. The firm ranked 7th (out of 58) for one year, 7th (out of 53) for five years, and 9th (out of 49) for ten years.

In 2018, Putnam had net inflows overall, and positive flows in each of its three primary business lines: retail mutual fund, institutional, and defined contribution â investment only.

About Putnam Investments
Founded in 1937, Putnam Investments is a leading global money management firm with over 80 years of investment experience. At the end of January 2019, Putnam had approximately $170 billion in assets under management. For more information, visit putnam.com.