Pension and Sovereign Wealth Funds: Over Allocated to Bonds?

While important to a recovery strategy, many poised to divert more to equities 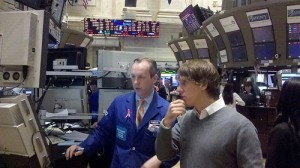 Ms. D’Vazri is managing director of communications for New Oak Capital Advisors. You can reach her at [email protected]

Recent announcements by entities such as Japan’s Government Pension Investment Fund (“GPIF”), Norway Sovereign Wealth Fund, and CIC are just the tip of the iceberg in a move out of bonds to other assets with more attractive risk-reward profiles.

Sizable allocations to bonds before and during the crisis has been critical to the shoring up of returns of most pension and sovereign wealth funds. With economic prospects reverting to steady, but relatively modest growth, many large pension and wealth funds are questioning their overweight to bonds and are gradually considering to reverse them.

Most experts fear the interest rates in the U.S. and Japan will have to go up relatively soon given the monetary policy and economic cycle. That leaves vast sums of money invested in fixed income at some of the lowest historical yields at risk of under performance once the momentum changes.

The recent rally in the global stocks and corresponding bonds under performance have been powered by stronger-than-expected Corporate earnings, continued aggressive Federal Reserve stimulus efforts, investors confidence in the U.S. housing and domestic recovery, and China’s revived economic expansion. A number of positive news have driven the markets up and created more justification for the stock market rally and bond market under performance. The U.S. economy’s contraction at the end of 2012 was a surprise but it is explained by several factors including the economic disruption caused by hurricane Sandy and subsequent reconstruction efforts.

Sizable allocations to bonds before and during the crisis has been critical to the shoring up of returns of most pension and sovereign wealth funds. With economic prospects reverting to steady, but relatively modest growth, many large pension and wealth funds are questioning their overweight to bonds and are gradually considering to reverse them

While it is quite likely that substantial amount of investments will be re-allocated out of fixed income, it will not be sudden. Hence bonds will remain a core holding for most pension and sovereign funds but other asset classes will be added on the margin for diversification.

The US economy dropped 0.1% in the fourth quarter, a report that defied expectations for slow growth,â says James Frischling, President and Co-Founder of NewOak. âThe surprise contraction raises concerns about the economyâs ability to handle the tax increases just imposed and the spending cuts that will take effect in March unless Congress acts.

However, much of the GDP contraction can be attributed to the drop in defense spending and a slowdown in inventory accumulation. Hurricane Sandy was also a factor, but the drag on output last quarter could reverse this quarter as a result of spending associated with rebuilding projects.

Looking beyond the GDP announcement, the employment picture is improving and is healthier than many expected. Employers added 157,000 jobs in January and according to the Labor Department, 127,000 more jobs were created in November and December than previously reported. Another positive driver for the economy was found in a report from the Institute for Supply Management which showed factory activity hit a nine month high in January. Add to that the surge in car and truck sales and an improvement in consumer confidence despite the smaller paychecks (as a result of some federal tax increases) and the positive news helped drive the Dow Jones to its highest level since October 2007 and the S&P a 5-year high.

The pace of job growth continues to be too slow for the many millions of Americans that are unemployed or underemployed, however, that continues to give the Federal Reserve the ammunition it needs to continue with its bond-buying and low interest rates policies. Positive economic reports combined with the Fedâs commitment to low interest rates? Thatâs a combination that can drive these markets higher.