Pay Me Now or Pay Me Later 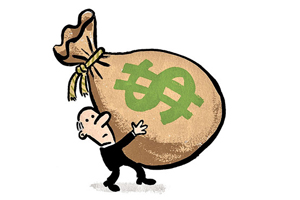 The lump sum offerings by General Motors, Ford, and Verizon created interest in participant behavior when offered the choice between lump sums and annuities. One-third of all defined benefit (DB) plans are frozen and will be terminated in the future. Understanding participant behavior is helpful for both sponsors and consultants as they prepare for termination. This article looks at experience with two 2012 plan terminations.

Data from these two plan terminations was analyzed to determine any patterns in the payout distribution selected by plan participants. Retirees and beneficiaries were not included in this analysis since they all received annuities. The take rate for annuities was low, under 15% for both plans. The percentage of liabilities that were elected as annuities was 20.1% for Client A compared to 14.7% for client B. However, this trend toward annuities is positive, as a decade ago it would have been common to have no annuities elected. Further, older participants with larger balances were more likely to elect an annuity, as expected. Interestingly, a significant amount of money flowed to IRAs rather than into the sponsorsâ 401(k) plans. Also, 20% of all participants between the two plans took cash rather than a rollover.

Graph 1 shows the growing percentage of participants electing an annuity as age increases contrasted with the shrinking percentage choosing cash.

For Client B, those taking an annuity were older (53.5) than those receiving a lump sum (51.9); about 24% of those nearing retirement (age 60-64) elected an annuity compared to just 10% of those age 30-39, as seen in Graph 2. Also alarming, 28% of those ages 40-49 took a cash distribution when less than 6% had balances below $5,000, suggesting even some with meaningful balances took cash. There was consistently a low rollover into the 401(k) plan, accounting for no more than 20% in any major category of participants with respect to sex and status.

For Client B participants choosing a lump sum distribution, those with larger balances were much more likely to rollover into an IRA rather than to the 401(k) plan. Large percentages of smaller benefits took cash; over 50% with less than $10,000 and 37% for those between $10,000 and $25,000, as shown in Graph 4.

There was no gender differentiation between selecting an annuity or a lump sum. This is surprising since lump sum conversion factors use unisex mortality and make taking an annuity more favorable for women, who are more likely to live longer. One cause for this may be the consistently smaller balances held by women compared to men. Finally, Client A had an unusually high number of participants that did not make an election; 8.24% of participants whose balances averaged $22,633 automatically received annuities.

These two clients have provided us with some insight of the decisions regarding payout distribution made by participants during a DB plan termination. While there were some surprises with regard to elections, there was a general trend towards annuities by older participants with larger balances and an overall preference for an IRA rollover instead of into the sponsorâs 401(k).