The Path to Retirement Happiness

The happiest retirees take specific steps to plan, both financially and emotionally 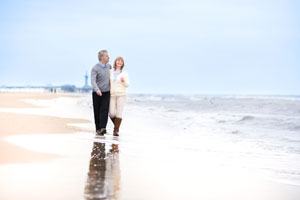 
Nearly one in two Americans retire earlier than expected yet most retirees report enjoying their lives and feel financially secure, according to research from MassMutual Retirement Services. Few retirees say they are bored, lonely or lack purpose. Really? Has the retirement crisis suddenly abated?

After all, dozens of studies have found Americans to be sadly lacking when it comes to retirement preparedness. Many people have told researchers that they feel woefully behind when it comes to saving and preparing for retirement.

The 2014 MassMutual study, Hopes, Fears and Reality – What Workers Expect in Retirement and What Steps Help Them Achieve the Retirement They Want (www.massmutual.com/retire) – finds that most retirees are well-adjusted and remarkably adaptable. More important, the happiest retirees say they took specific steps to plan early, both financially and emotionally.

The study polled approximately 1,800 people at least 40 years old and who had at least $50,000 in assets. The research, divided equally between retirees 1-15 years in retirement and pre-retirees 1-15 years before retirement, compared hopes, concerns and experiences related to retirement. Overall, the study finds that retirees are experiencing high levels of emotional well-being, enjoyment and financial security.

Of the 45 percent of retirees who left work sooner than expected, most (79 percent) report no regrets. Early retirement was typically prompted by changes at work (44 percent), less so by job loss (18 percent).

Focus groups with retirees found many people retired because they had become frustrated with the work environment due to changing technology, dealing with younger managers, and other issues. Four in 10 (39 percent) simply calculated they could afford to retire sooner rather than later and said thanks for the memories.

Once in retirement, many people report positive or negative surprises. What was the biggest positive surprise? I mean, other than looking good in double plaid? Having no time constraints and more freedom (23 percent) actually surprised many people. Others were surprised by how busy and active they were (18 percent), having time with family and friends (11 percent) and being in a good financial position (10 percent).

Still, there were some negatives too. Seventeen percent reported having financial problems, a sign that some people are not planning appropriately. A small segment reported being too busy (13 percent) or suffering an illness or disability (10 percent).

Retirees also report improved ability to manage spending and greater feelings of financial security as their tenure in retirement grows, the study found. Although unexpected life events can occur, focus groups found that retirees adapt financially by finding creative ways to cut expenses without giving up activities they enjoy.

As an example, one retired women said she had planned to attend Broadway shows about four times a year but once retired found that doing so was too expensive. She now attends one Broadway production a year but regularly enjoys local theater, immersing herself in her favorite pastime more with less cost.

More Work to Do

Sixty-six percent of retirees say they feel financially secure, which leaves the remaining third feeling uncertain. The number of people who are actually secure may be even less, especially if they experience a severe health or other issue. These numbers indicate many people have more financial planning work to do and may have retired sooner than was advisable.

The study compared the concerns and expectations of pre-retirees with the actual experiences and emotions of retirees. Many pre-retirees express anxiety about a range of retirement issues, including financial uncertainty (44 percent), not knowing what to do without their jobs (31 percent), and being bored (26 percent).

However, few retirees find this to be the case (31 percent, 14 percent and 19 percent respectively), according to the study. The study also found that concerns about retirement decrease as pre-retirees approach retirement. For example, 31 percent of pre-retirees who are 11-15 years away from retirement say they are looking forward to the experience with very few or no concerns compared to 43 percent less than five years away. Forty-six percent of those within one year of retirement had very few or no concerns.

Feelings of financial security build as pre-retirees get closer to retirement and continue to rise through retirement. Only 63 percent of pre-retirees 11-15 years out feel they are financially on track, compared to 82 percent of those retiring in less than five years.

The study finds a strong relationship between happiness and planning as retirees who express the highest levels of satisfaction are also those who took concrete planning steps at least five years before retirement:

On the emotional side, the happiest retires built stronger relationships before retiring:

Planning for retirement is a highly individual exercise and experience for everyone, so actual plans and how they contribute to success vary from individual to individual. However, the common theme for those who report the highest levels of happiness and satisfaction are planning as early possible, preferably more than five years out, and taking care to consider both the financial and emotional aspects of life.