Path Forward Study: The Ideal DC Plan May be Closer Than You Think 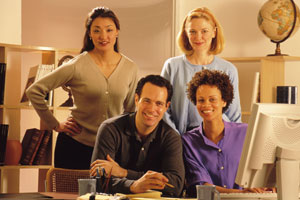 Based on a survey of 1,000 current and former participants in U.S. 401(k) plans, the Northern Trust study finds that significant numbers of workers and retirees would be inclined to agree with changes that plan sponsors and consultants believe would improve outcomes in defined contribution (DC) plans. The study, titled The Ideal DC Plan May be Closer Than You Think, is the fourth installment in The Path Forward research series exploring the future of DC plans and allows for comparisons with the earlier reports, which surveyed plan sponsors and consultants on similar topics.

“This year, we hit the pause key on soliciting plan sponsor feedback, to find out where participants concur — and differ — with those who are responsible for designing and overseeing their DC retirement programs,” said Jim Danaher, Managing Director of Defined Contribution Solutions at Northern Trust. “The results are encouraging, because they indicate that participants would accept limits on longstanding DC plan features such as daily liquidity or taking loans if the reforms could lead to improved savings rates, investment returns and retirement outcomes.â

The report finds several areas where participant and plan sponsor views could lead to important changes in DC plans:

54 percent of participants surveyed would not object to re-enrollment into target date funds from their current investment selection. Plan Sponsors and consultants surveyed in 2012 identified a streamlined investment menu that includes simplified pre-mixed default options as a best practice for DC plans.

While 56 percent of participants said it is important to have daily access to change their investment mix, more than half (51 percent) had not made investment changes for at least 12 months, and 91 percent said they would be willing to sacrifice daily access in exchange for the opportunity to invest in something with greater return potential. This may allow plan sponsors to consider including alternative asset classes in pre-mixed options – enabling access to alternatives as favored by plan sponsors and consultants in the 2012 survey.

76 percent of participants surveyed had never taken a loan from their 401(k) plan and only 13 percent would consider borrowing from their account. Well over half (56 percent) said loans should only be taken for significant emergency expenses. Plan sponsors consider loans a key risk to retirement savings, but 91 percent of those surveyed in 2012 allowed loans for a variety of reasons due to a belief that such access was needed to drive participation in DC plans.

This year, we hit the pause key on soliciting plan sponsor feedback, to find out where participants concur -- and differ -- with those who are responsible for designing and overseeing their DC retirement programs

401(k) vs. Rollover IRA: Nearly half (47 percent) left their balances in prior employer plans or rolled into their new employerâs plan when changing jobs. 24 percent rolled their balances into an IRA. While a 401(k) plan provides for institutional oversight, better pricing than retail IRA plans and other benefits, two-thirds of plan sponsors surveyed in 2012 were ambivalent on the issue of encouraging participants to stay in their plan after ending employment with the company, in part for fiduciary liability reasons.

âThe evolution of DC plans from a supplemental benefit to the primary retirement vehicle for most U.S. corporate workers is well under way, and the plans are adjusting to reflect their changing role,â said Susan Czochara, Senior Product Manager for Defined Contribution Solutions at Northern Trust. âWhile differences remain between the views of plan sponsors and participants, our survey shows the potential for greater shared responsibility, with both constituents acting toward the goal of securing sufficient income in retirement.â

In previous installments of The Path Forward series, Northern Trust surveyed plan sponsors and consultants on the attributes of an ideal defined contribution plan structure, the challenges of engaging younger employees and the potential for defined contribution plans to adopt best practices developed by defined benefit plans and other institutional investors.

Defined Contribution Solutions at Northern Trust includes a team of investment, plan design and operations experts guided by a strategic vision that considers the perspectives of both plan sponsors and the ultimate beneficiaries, plan participants. Defined contribution assets under management have grown to more than $90 billion as of June 30, 2013, including more than $4 billion in target date investments. The asset management team works closely with Northern Trustâs global custody unit to provide comprehensive solutions including multi-manager unitization, integration of DB and DC plan investment pools, performance measurement and cross-border pooling. Northern Trust has approximately $222 billion in defined contribution assets under administration as of June 30, 2013. More information can be found here.

About Northern Trust
Northern Trust Corporation (Nasdaq: NTRS) is a leading provider of investment management, asset and fund administration, banking solutions and fiduciary services for corporations, institutions and affluent individuals worldwide. Northern Trust, a financial holding company based in Chicago, has offices in 18 U.S. states and Washington, D.C., and 17 international locations in North America, Europe, the Middle East and the Asia-Pacific region. As of June 30, 2013, Northern Trust had assets under custody of US$5.0 trillion, and assets under investment management of US$803.0 billion. For more than 120 years, Northern Trust has earned distinction as an industry leader in combining exceptional service and expertise with innovative products and technology. For more information, visit www.northerntrust.com or follow us on Twitter @NorthernTrust.