Paradigm & Paradox: How We Pass Down Financial Knowledge

Majority of parents teach their kids about money,
but fewer than half give them an allowance or open a bank account 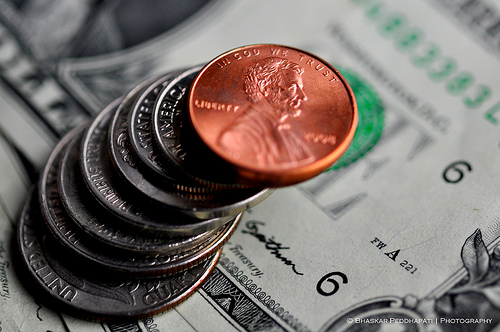 CHICAGO, ILLINOIS–(Marketwired – April 23, 2015) – As part of Money Smart Week and Teach Children to Save Day, BMO Harris Bank today released results of its 2015 U.S. Parenting Study on how children are financially educated at home.

According to the report, nearly two thirds (62 percent) of U.S. parents talk to their kids about money, yet only one in five give their youngest child an allowance and only 37 percent have opened a bank account for their child. Of those that do provide an allowance, there is no consensus on when to start.

While a majority of parents speak with the kids about money at least periodically, only slightly more than half (56 percent) have begun to engage their youngest children in financial literacy.

How often parents have conversations about money varies by income level; parents with higher incomes are the least likely to speak to children about money regularly (16 percent), but half (50 percent) still talk about it occasionally. Two thirds (68 percent) of parents turn to others for advice regarding talking to or teaching their children about money. Of those, looking to their own parents for guidance was the lead choice of who to consult (44 percent).

parents with higher incomes are the least likely to speak to children about money regularly... but half still talk about it occasionally

The survey results cited in the BMO Harris 2015 Home Buying Report, conducted by Pollara, are compiled from a random sample of 1,501 Americans 18 years of age and over who have at least one child under the age of 10. The survey was conducted between February 3rd and February 5th, 2015. A probability sample of this size would yield results accurate to ± 2.5 percent, 19 times out of 20.