Disruption Of Homeownership Goals Among Single Female Heads Of Households

Over half of SFHOH renters are âcost burdened,â spending more than 30% of their income on housing, with Black and Hispanic women fairing worse 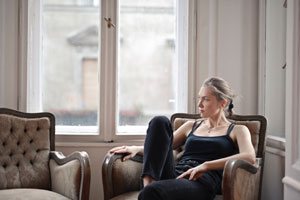 MCLEAN, Va., Oct. 13, 2021 (GLOBE NEWSWIRE) — New consumer research from Freddie Mac (OTCQB: FMCC) found that the pandemic disrupted the homeownership goals of single female heads of households (SFHOHs). Although, some SFHOH renters believe they will buy upon their next move, nearly 60% of SFHOH renters surveyed indicate they feel homeownership is out of reach indefinitely. Freddie Macâs survey confirms this demographic has experienced rising housing cost burdens and reduced confidence in wealth building over the past year, further illustrating how the pandemicâs economic fallout has hit the countryâs most economically vulnerable populations.

âThe COVID-19 pandemic has had disparate economic impacts nationwide, particularly on women who are heads of their households, such as single moms and caretakers,â said Pam Perry, Single-Family Vice President of Equitable Housing. âIn this survey, we discovered this populationâs housing and financial challenges have been further complicated by pandemic-related workplace disruptions and current economic conditions. While the survey showed some feel confident in their knowledge of finances and building credit, many lack confidence in the possibility of homeownership.â

The survey builds upon a recent Freddie Mac research note exploring how overall household composition is shifting, specifically noting that over the past several decades, sole-person households have almost doubled in the United States to 36.1 million in 2020, of which 19.8 million are single female.

The pandemic has had disparate economic impacts nationwide, particularly on women who are heads of their households, such as single moms and caretakers...

Since the beginning of the COVID-19 crisis, Freddie Mac has taken numerous actions to help struggling homeowners and renters with financial hardships related to COVID-19. You can also visit the Freddie Mac consumer education website, My HomeÂ® by Freddie Mac for rental assistance resources. Additionally, to access the newly relaunched CreditSmartÂ® suite of financial and homeownership education resources, click here.

Freddie Mac makes home possible for millions of families and individuals by providing mortgage capital to lenders. Since our creation by Congress in 1970, we’ve made housing more accessible and affordable for homebuyers and renters in communities nationwide. We are building a better housing finance system for homebuyers, renters, lenders and taxpayers. Learn more at FreddieMac.com, Twitter @FreddieMac and Freddie Mac’s blog FreddieMac.com/blog.