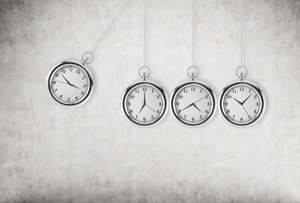 Overall, total annuity sales were flat in 2015 at $228.8 billion, nearly unchanged from $229.4 billion in 2014, according to the IRI, continuing a trend of modest annual sales increases in recent years despite the fact that the affluent Baby Boomer generation is retiring in record numbers.

What all this shows, according to Annuity FYI, an online informational resource for prospective annuity buyers, is that hesitant buyers may not be taking a sufficiently long-term view in determining which annuity to purchase and, in particular, may not understand important details when buying a fixed indexed annuity (FIA). A FIA is a type of fixed annuity tied to a stock market index that doesnât decline in value in a weak market and can potentially generate a much higher return than a standard fixed annuity.

âI am not suggesting that most annuity buyers are actually buying the wrong annuity,â Murdoch says. âWhat I am suggesting is that, too often, they are buying the annuity they do because that is what is sold, not because it best meets their needs. Many annuity buyers would be better off independently examining what they are considering and carefully choosing among different annuities.

âThis is the only way to buy an annuity that truly fits your particular needs,â Murdoch said.

FIA Buyers May Not Be Getting What They Think

You wouldnât buy a stock without analyzing the company and comparing the stock to other stocks,â Murdoch added. âWhy would you buy an annuity without comparison shopping?

For example, Murdoch said, many FIA buyers think they are getting market-like returns with no risk because FIAs, unlike VAs, donât decline in value when the market drops. What they often donât appreciate, however, is that they get sharply reduced market returns. In addition, most people buy a lifetime income benefit with a FIA. FIA buyers often confuse the income withdrawal rate, which is what they actually receive, with the higher âroll-up rate,â which is how much the sum determining their withdrawal rate grows before taking withdrawals.

Murdoch said buyers also tend to be unaware of creative mix-and-match annuity buying strategies that may be better for them. They could, for example, buy a FIA without a lifetime income rider, saving about 1 percent annually, and couple it with the purchase of a no-fee immediate annuity. This way, they maintain some exposure to the market and receive more income from an investment of the same size because an immediate annuity pays higher rates.

âAgain, Iâm not saying that the purchase of a fixed indexed annuity by itself doesnât make sense,â Murdoch said. âSome offer living benefits that pay higher income than others â and higher than many other types of annuities as well. But buyers have to do their homework to determine whether they are actually getting a good deal.

âYou wouldnât buy a stock without analyzing the company and comparing the stock to other stocks,â Murdoch added. âWhy would you buy an annuity without comparison shopping?â

The non-profit Insured Retirement Institute (IRI) is the leading association for the retirement income industry. IRI leads a national consumer coalition of more than 30 organizations and is the only association that represents the entire supply chain of insured retirement strategies. Members are major insurers, asset managers, broker-dealers/distributors and financial professionals. IRI is an advocate for the sustainable retirement solutions Americans need to help achieve a secure and dignified retirement. Learn more at www.irionline.org.