New market research from AARP targets the Trust Act as a flawed violation of the public trust. Access the survey here. 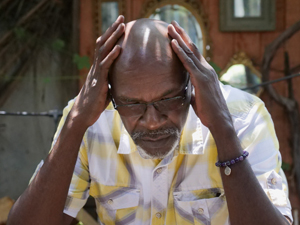 WASHINGTON, May 26, 2021 /PRNewswire/ — An AARP survey released today finds that 85% of Americans age 50+ oppose cutting Social Security and Medicare to reduce the federal budget deficit. The poll shows overwhelming opposition from both Republicans (88%) and Democrats (87%) on cutting Social Security benefits to pay down the deficit. Similarly high proportions of Republicans (86%) and Democrats (87%) strongly oppose cuts to Medicare.

“Older Americans overwhelmingly oppose cutting Social Security and Medicare to reduce the deficit. Proposals like the TRUST Act would give a handful of lawmakers the power to propose cuts behind closed doors with fast-track legislative consideration with minimum transparency and oversight from voters,” said Nancy LeaMond, AARP Executive Vice President and Chief Advocacy & Engagement Officer. “On behalf of AARP’s nearly 38 million members, we call for full and open debate that ensures public input on protecting the future of our earned benefits. All members of Congress should be held accountable for any action on Social Security and Medicare.”

AARP is urging Americans to make their voices heard in support of Social Security and Medicare. To date, nearly a quarter million people have sent messages to federal lawmakers demanding they oppose the TRUST Act â legislation that would create a 12-member committee that could fast-track cuts targeting Social Security and Medicare. The history of these types of efforts show they are flawed from their inception, create further polarization, and violate the trust of the American people, since they do not provide open and accountable deliberation. Elected officials should instead focus on meeting the health and retirement income needs of all Americans.

The new survey comes in advance of the soon-expected annual Social Security and Medicare Trustees’ reports.

On behalf of AARP's nearly 38 million members, we call for full and open debate that ensures public input on protecting the future of our earned benefits...

Excerpts From The Survey:

Social Security is the only inflation-protected, guaranteed source of income people can count on when they retire. It is the principal source of income for more than 34 million older households, and roughly 10 million individuals age 65 and older depend on it for nearly all of their income. Medicare provides the critical health coverage that seniors rely on and need. Over 62 million Americans are covered by Medicare, and half of all beneficiaries have less than $27,000 of income.

This nationwide poll of 1,016 adults ages 50 and older utilized NORC’s AmeriSpeakÂ® Omnibus, a monthly multi-client survey. Interviews were conducted in English online (90%) and by phone (10%) from April 22 through April 26, 2021 and included three AARP questions on federal budget deficits. Data are weighted to the latest Current Population Survey (CPS) benchmarks developed by the U.S. Census Bureau and are balanced by gender, age, education, race/ethnicity, region and AARP membership. The survey has a margin of error of plus or minus 4.33 percent with a design effect of 1.99.

AARP is the nation’s largest nonprofit, nonpartisan organization dedicated to empowering people 50 and older to choose how they live as they age. With a nationwide presence and nearly 38 million members, AARP strengthens communities and advocates for what matters most to families: health security, financial stability and personal fulfillment. AARP also produces the nation’s largest circulation publications: AARP The Magazine and AARP Bulletin. To learn more, visit www.aarp.org, www.aarp.org/espanol or follow @AARP, @AARPenEspanol and @AARPadvocates, @AliadosAdelante on social media.