The Mechanics of Business

Outside Industries Retreat from the Business of Insurance

Understanding the interplay between risk and profit 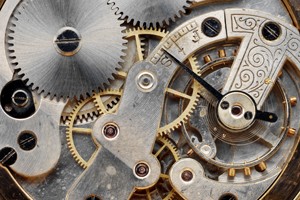 Ms. Furtado is a partner with Strategy Meets Action, is a research firm focused on supportingÂ the insurance industry as it looks to modernize, optimize, and innovate, to effectively support todayâs needs and position for the business demands of the future. Reprinted with permission. VisitÂ strategymeetsaction.com.

Cargill, Monsanto, Wells Fargo, and John Deere are officially out of the crop insurance business, according to a recent article from Bloomberg. Large companies like these expanded into different aspects of the agriculture industry over the past few years, and their debut in the insurance industry made quite an impact.

With their newly acquired insurance operations, they were the market players to watch â and now weâre watching them leave the industry.

Behind this exodus is the matter of profit. Large companies, especially those that are publicly traded like Monsanto and John Deere, have a different perspective on risk and profit than the typical insurer.

Oil not the only glut

Letâs take crop insurance profit and loss over the past couple years, which is driven by fluctuations in crop prices.

As Bloomberg explained, âBumper harvests have sent corn, the biggest U.S. crop, to less than half its 2012 peak, ratcheting down the premiums farmers pay to insure against loss. Other crops have also seen steep price declines.â At the same time, the broader insurance industry has been seeing lackluster results.

The most recent numbers from the Congressional Research Service indicate an underwriting loss of $1.3 billion in 2012 and profit of $657 million in 2013. For insurers, although these are not welcome results, the reality is that there will be challenging years â and insurers are accustomed to anticipating them. They are in for the long haul. But large, diversified commercial companies such as Cargill, John Deere, and Monsanto have a much harder time adjusting to these financial results.

So, were these big external players a collective blip on the map, or a real disruption? A pattern visible across many industries offers a possible answer.

Google has been extremely successful in most of their diversification, but Google+, their social network offering, never became the powerhouse they had hoped would be able to challenge Facebook

Large companies diversify around their current offerings, and if the results are disappointing, they realize the expanded offerings are not core to their business. Google has been extremely successful in most of their diversification, but Google+, their social network offering, never became the powerhouse they had hoped would be able to challenge Facebook. If these large companies are unsuccessful, they often leave the new industry.

This is not to downplay the role that new entrants have in the insurance ecosystem. They push our thinking and ways of doing business in directions that might otherwise have taken years for the industry to adopt.

New players like Haven Life and Google are not attempting to be the same old insurer, only better. Their goal is to disrupt the business of insurance and to create something new in a niche that the industry had not perceived. The disruption they cause can take many forms, from new solutions to new distribution channels. They can go after these markets without owning the entire process â and in doing so, they create real changes in how the insurance industry has to operate.

Looking ahead to another disrupter, driverless cars will present similar challenges. Volvo and Ford have both mentioned the possibility of covering product liability insurance. How will this impact the insurance industry? Will automakers really cover the liability or will they front it?

Autonomous vehicles will change the insurance landscape by opening doors for these new thinkers. But will the insurance industry need to step in to present new insurance products that provide the necessary coverage? What role will insurers play in the new auto world?

Disrupters like Monsanto, Cargill, and John Deere were not in the market for a long time, but they do have an impact. They invested in changing the claims process, and they applied data, analytics, and automation in areas that were previously very manual â which causes us to rethink other processes in place today. We can hope that their new ways of doing business opened some eyes in the industry.

They did not change the game so much as establish that the game needs to be changed.