Itâs Outcome, Not Income, That Should Be Stressed In Retirement Planning 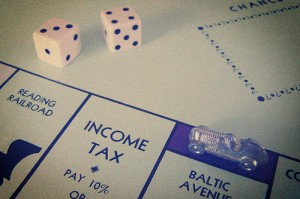 âPeople have a lot of worries and thatâs understandable,â says Dan Carter, an Investment Advisor Representative for Safeguard Investment Advisory Group (www.safeguardinvestment.com).Â âTheir savings may not be what they hoped for. Pensions for most people are a thing of the past. And many are uneasy about the future of Social Security.â

A Gallup poll this year showed that just 48 percent of Americans expect they will have enough money in retirement.

Those in their 50s were the least optimistic, with 42 percent in that age group saying they expect to live comfortably in retirement.

Financial advisors might be able to get those Gallup numbers moving in a more optimistic direction if they didnât focus so much on âincome,â and paid more attention to âoutcome,â Carter says.

Not all income is equal

âCertainly, income is a top concern for retirees,â Carter says. âBut not all income is equal. For example, how much of your retirement income is taxable? Does the total look great at first, but look a little less great once Uncle Samâs share is subtracted?â

To improve the odds of a better outcome, Carter says some issues people planning for retirement should focus on include:

People are living longer, but many advisors donât recognize longevity as a risk

âItâs important that people sit down with a financial advisor who can take all these issues into consideration,â Carter says. âYou want to make sure that your âincomeâ results in a positive âoutcome.â â