He Said, She Said

New findings by the data-analytics firm Hearts & Wallets show a third of U.S. women say they are âprimarily responsibleâ for household spending and investing decisions, but only 5% of male partners agree 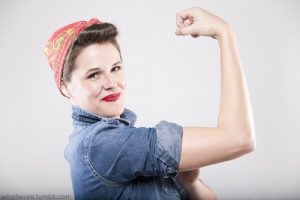 (June 9, 2020, Rye, NY) — A third (31%) of U.S. women in married/partnered relationships say they are âprimarily responsibleâ for household spending and investing decisions, but only 5% of their male partners say their spouse/partner is the one whoâs in charge, according to Hearts & Wallets, the data and analytics company that specializes in how consumers save, invest and seek financial advice.

These new findings are from the Portrait of U.S. Household Wealth market sizing report, which provides an annual analysis at American household wealth. This yearâs report features 8- and 2-year look-backs, current status and future projections as well as an examination of the retirement income market.

The Portrait Grid™ facilitates age and asset calculations and enables summing of individual groups to construct larger sizing groups. This report draws from government resources, including Federal Reserve Financial Accounts of the United States, Survey of Consumer Finances, and U.S. Census Bureau, as well as the Hearts & Wallets Investor Quantitative™ Database, recognized as the largest single dataset with over 80 million data points on consumer buying patterns from over 50,000 U.S. households dating back to 2010.

He Said, She Said

Many more married/partnered women now say they are in involved in intra-household âspending and investingâ decisions, despite difference perceptions between the genders. In a seismic shift over the past 5 years, nearly 9 in 10 (87%) married/partnered women say they are involved in their householdâs âspending and investingâ decisions, up from 4 in 10 (42%) in 2012. âThe household unit must first be understood to decipher the decision-making process, especially given the divergent gender perceptions in married/partnered households of who is involved and to what degree,â Laura Varas, CEO and founder of Hearts & Wallets said. âWealth and household structure need to be understood before any general market statistics on gender can be sized.â

The retirement income market[1] is currently $4.6T, or 8% of U.S. household assets, up from $1.1 or 4% of assets in 2006. Based on incidence of pensions and behaviors of retirees, regardless of pension status, Hearts & Wallets estimates this market will grow to encompass 11% to 12% of assets in 2029.

Consumer behavior shows a consistent âchunk or nothingâ pattern in retirement, first identified by Hearts & Wallets in 2012, where nearly half (43%) of households age 65-plus draw either nothing (0% of assets) or chunks (8%+ of assets). The behavior of drawing 4% or more is cyclical with distress in the economy, as shown by a spike in 2008, which then reverted to the secular growth path. Hearts & Wallets predicts a similar spike during the COVID-19 crisis.

âIncome-taking advice needs to be enhanced and include advice on which accounts to tap,â Amber Katris, Hearts & Wallets subject matter expert and co-author of the report, said. âNot only is the retirement income market now substantial, but also many consumers need to generate cash during COVID-19. During times of reduced income, similar needs exist for retirement income and short-term cash, both of which involve sustaining spending. Households impacted by COVID-19 may also need solutions that include short-term debt.â

Portrait™ of U.S. Household Wealth: Sizing the Growing Opportunities with Women, Retirees Seeking Income and Emerging Savers analyzes. This annual market sizing report analyzes American household wealth across assets and age with 8- and 2-year look-backs, current data and future projections as well as an examination of the retirement income market. The data analysis combines government sources, such as Federal Reserve Financial Accounts of the United States, Survey of Consumer Finances and the U.S. Census Bureau, well as the Hearts & Wallets Investor Quantitative™ Database, which contains over 50,000 U.S. households. The latest survey wave includes 5,461 households, weighted by 45 cells for assets and age for a nationally representative sampling, conducted in July 2019. IQ Database has encouraged members of the LBGTQ community to identify themselves since 2012, and non-binary option for gender was added in 2019.