One in Four U.S. Employees Negatively Affected by Political Talk at Work 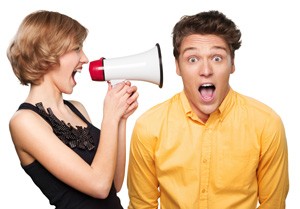 WASHINGTON, Sept. 16, 2016 /PRNewswire-USNewswire/ — This year’s extraordinary presidential campaign is taking a toll on American workers, some of whom report feeling stressed, argumentative and less productive because of political discussions on the job, according to a survey released today by the American Psychological Association.

More than 1 in 4 younger employees reported feeling stressed out because of political discussions at work, and more than twice as many men as women said political talk is making them less productive, according to the survey from APA’s Center for Organizational Excellence.

Men were more likely than women, and younger workers (ages 18-34) were more likely than older generations, to have experienced negative consequences of political discussions at work this election season, the survey found. This includes having difficulty getting work done, producing lower-quality work and being less productive overall.

Similarly, these groups were more likely to have said that because of political discussions at work, they feel more isolated from their colleagues, have a more negative view of them and have experienced an increase in workplace hostility. Compared to women, men were more than four times as likely to report having argued about politics with a coworker (18 percent vs. 4 percent).

Among all workers surveyed, nearly half (47 percent) said people are more likely to discuss politics in the workplace this election season than in the past.

When you add politics to the mix â a deeply personal and emotional topic for many â there is potential for tension, conflict and problems

Although a majority of working Americans (60 percent) indicated that people at work are generally respectful toward others with differing political views, more than a quarter (26 percent) have witnessed or overheard their coworkers arguing about politics, and about 1 in 10 (11 percent) have gotten into an argument themselves. Overall, more than a quarter of working Americans (27 percent) reported at least one negative outcome as a result of political discussions at work during this election season.

“The workplace brings people together from different backgrounds who might not ordinarily interact with each other,â said David W. Ballard, PsyD, MBA, director of APA’s Center for Organizational Excellence. “When you add politics to the mix â a deeply personal and emotional topic for many â there is potential for tension, conflict and problems for both employees and the organization.â

Other key findings from the survey:

Despite the differences in the way political discussions are affecting certain categories of employees, there are some groups that are surprisingly similar. Republican or Democrat, liberal or conservative, the survey found few differences across political party or philosophy when it comes to how the 2016 election is affecting American workers.

“Regardless of political identification, the heated discussions and divisive rhetoric this election season have the potential to take a toll on people’s well-being and even affect their job performance,” Ballard said. “While employers may not be able to limit political discussions in the workplace, they can take steps to ensure those conversations take place in a civil, respectful environment. A psychologically healthy workplace is particularly critical during challenging and polarizing times, and these survey results highlight the fact that despite conventional wisdom, people are often more alike than they are different.”

About the Center for Organizational Excellence

APA’s Center for Organizational Excellence works to enhance the functioning of individuals, groups, organizations and communities through the application of psychology to a broad range of workplace issues. The center houses the Psychologically Healthy Workplace Program, a public education initiative designed to engage the employer community, raise public awareness about the value psychology brings to the workplace and promote programs and policies that enhance employee well-being and organizational performance.

About the Politics in the Workplace Survey

The survey was conducted online within the United States on APA’s behalf by Harris Poll from Aug. 10-12, 2016, among a nationally representative sample of 927 U.S. adults who are employed full or part time. Results were weighted to align them with their actual proportions in the population. This online survey is not based on a probability sample and therefore no estimate of theoretical sampling error can be calculated. A full methodology is available online.

The American Psychological Association, in Washington, D.C., is the largest scientific and professional organization representing psychology in the United States. APA’s membership includes more than 117,500 researchers, educators, clinicians, consultants and students. Through its divisions in 54 subfields of psychology and affiliations with 60 state, territorial and Canadian provincial associations, APA works to advance the creation, communication and application of psychological knowledge to benefit society and improve people’s lives.