Americans trust insurance brokers least with their personal data; How New Yorkâs proposed cyber-security regulation will impact the rest of the country 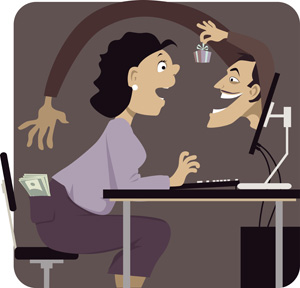 Nearly half of Americans (48 percent) expect New Yorkâs proposed cyber-security regulation to affect the rest of the U.S. If approved, as of March 1, 2017, New York State will impose significant increased cyber-security requirements on financial service and insurance organizations.

Trust in financial advisors and insurance brokers is low

More than a quarter of Americans (26 percent) expects that their personal data will be compromised this year.

Of the third-party contractors who are not required to keep data encrypted, Americans say these are the top five most likely to compromise their personal data:

American men are more concerned about having their data compromised by all third-party contractors than are women and are especially concerned about financial advisors (13 percent vs. 6 percent).

Twenty-four percent say insurance companies could use some guidance on how best to protect information: 22 percent feel easy-to-use laptop encryption software is the answer; 18 percent say an encryption solution that wonât affect laptop performance is needed; and another 12 percent say solutions that donât require a big investment would help.

Men are especially in favor of both easy-to-use encryption software (27 percent) and insurance companies getting guidance on how to protect information (28 percent).

New York is leading the way in cyber-security

Survey methodology
Alertsec commissioned this survey of more than 1,000 American adults from February 1-3, 2017, via Google Surveys.

Google Surveys makes use of the inferred demographic and location information to employ stratified sampling by distributing the surveys based on the targeted audience to their publisher network and/or android smartphone users. They infer demographics through respondents’ browsing history, then they match them against existing government statistical data. Google Surveys uses post-stratification weighting to compensate for sample deficiencies to remove bias among the survey sample. This gives a more accurate result with lower root mean square error which also makes the results better represent the Current Population Survey. Google Surveys performs equal to or better than existing probability and non-probability based internet survey panels. A full description of the Google Surveys methodology can be found in this product overview.

About Alertsec
Alertsec, a Palo Alto-based laptop encryption company, provides cloud-based encryption software with 24/7 help desk support. No server, IT knowledge or training is needed, as everything is included in the subscription. The implemented encryption has the highest security certificationsâFIPS and Common Criteria. Learn more here.