One in Five Could Not Maintain Current Lifestyle Without Credit Cards 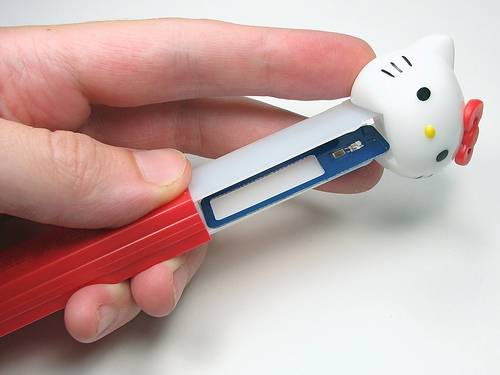 Washington, DC â September 10, 2014 – The ability to put away the plastic and successfully live on a cash basis is an indicator of financial stability, as it proves a personâs lifestyle is in line with their income. However, the recent National Foundation for Credit CounselingÂ® (NFCC) online poll revealed that one in five people could not make ends meet without the use of credit. Another twenty-two percent of respondents said that if asked to live on a cash basis they would have to make significant lifestyle changes.

âCredit should be used as a convenience, not to supplement income,â said Gail Cunningham, spokesperson for the NFCC. âIt is a warning sign if a person is not able to manage his or her daily lifestyle without the use of credit cards, as this is a dangerous habit that could lead to serious financial distress.â

To illustrate the damage that can result from the overuse of credit, consider that in 2013 the average consumer who sought financial counseling from an NFCC member agency had between five and six credit cards with a total unsecured debt equal to half of their annual household income.

To help consumers know if they are entering the financial danger zone, the NFCC offers the following red flags that debt is becoming unmanageable:

âPeople may feel as though they have no alternative to using credit to supplement their income, but that is a dangerous habit that can lead to financial ruin,â continued Cunningham. âNo one ever intentionally digs a deep financial hole, but breaking one of the basic rules of personal finance â spending more than you make â is not likely to have a positive outcome.â

People may feel as though they have no alternative to using credit to supplement their income, but that is a dangerous habit that can lead to financial ruin

The NFCC posed the identical poll question to consumers in 2012. Comparing the results only revealed one positive change: the number of people who would be able to maintain their same lifestyle without the use of credit increased four percent in the 2014 findings (27% versus 23%). There was no statistical difference between the two years in the remaining answers.

Consumers seeking answers to their financial concerns would be well-served by reaching out to an NFCC member agency for free or low-cost financial counseling. To be automatically connected to the agency closest to you, dial (800) 388-2227, or to find an agency online, visit www.NFCC.org.

The actual 2014 poll question and responses are below, with 2012 data in parenthesis.

If asked to live on a cash basis, I

Note: The NFCCâs August Financial Literacy Opinion Index was conducted via the homepage of the NFCC website (www.DebtAdvice.org) from August 1â31, 2014, and was answered by 1,878 individuals

The National Foundation for Credit Counseling (NFCC), founded in 1951, is the nationâs largest and longest serving national nonprofit financial counseling organization. The NFCCâs mission is to promote the national agenda for financially responsible behavior, and build capacity for its members to deliver the highest-quality financial education and counseling services. NFCC members annually help millions of consumers through more than 600 community-based offices nationwide. For free and affordable confidential advice through a reputable NFCC member, call (800) 388-2227, (en EspaÃ±ol (800) 682-9832) or visit www.nfcc.org.