What are the Odds of a Depression, Given the Current Circumstances?

Look to the technology sector to lead a recovery 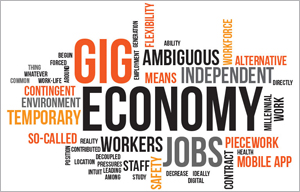 Dr. Tenpao Lee, economist and economics professor at Niagara University (quoted recently in MSN Money and other publications), says if a depression hasn’t occurred by now, we’re probably looking at a recession that will last at least through the rest of this year. A depression would be much more severe than what we’re experiencing, he believes, and the forecast would be for an extended downturn with more economic sectors affected.

“In order to make an accurate prediction, we should first define the two terms,” said Dr. Lee. “A recession is a short-term, relatively minor decline in ‘real GDP,’ defined as the value of economic output adjusted for inflation. A recession could be a decline of 10% or less in real GDP for two consecutive quarters,” he said.

“A depression, on the other hand, is long-term and more severe,” he said. “A 20%+ decline in real GDP for two years would constitute a depression.”

Dr. Lee says there is no doubt the economy is in a recession. Most affected, currently, are the airline/transportation industries, sports and recreation, hospitality (restaurants and hotels) and retailers.

“They are all hurting at unprecedented levels and have dropped at very high rates. By contrast, the technology, grocery retail and healthcare sectors are relatively stable,” he said.

Dr. Lee said today’s advanced information technology systems probably saved us from disaster and, if the current situation had happened 30 years ago, before the digital economy, we would have been in much more serious shape right now.

Technology will be the engine to drive economic growth. In addition, the healthcare sector and fulfillment logistics centers (with drone deliveries) will flourish...

“We would have been looking at a 10-year recovery, instead of what many people are predicting to be about a year and possibly a bit more. It will certainly be more than one year before a new economic world order takes hold,” Dr. Lee said

When there is a recovery, he said, look for the technology sector to lead the way, particularly 5G and AI companies.

“Technology will be the engine to drive economic growth. In addition, the healthcare sector and fulfillment logistics centers (with drone deliveries) will flourish.