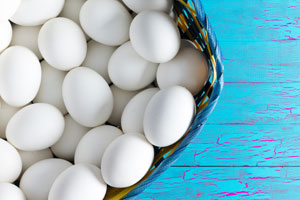 Representatives of Occupy the SEC and Americans for Financial Reform plan to step up a campaign to protect the Volcker rule, systemic risk designations and other Dodd-Frank reforms from being weakened by opposition from the financial sector, representatives said.

Both organizations held a briefing for congressional staff members in Washington, D.C., on April 23. Occupy the SEC will soon issue a comment letter urging the Federal Reserve to adopt tough standards on systemically important financial institutions. They plan to continue building support among local and state governments and other institutional investors as well as educating the public on the meaning of financial reform.

There is a “high barrier to entry” to understanding financial issues, including the Volcker rule and what it means to limit proprietary trading by banks and other financial institutions, Akshat Tewary, a corporate law attorney and member of Occupy the SEC, said in a media appearance following the briefing. One mission of the Occupy movement is to address what the Volcker rule and other regulations can do to protect Americans’ savings, pensions and mortgages from irresponsible practices, Alexis Goldstein said.

“There’s a lot of demand for that knowledge,” said Goldstein, a former Merrill Lynch and Deutsche Bank business analyst. “I think it’s something people want to understand.”

Occupy the SEC, an autonomous group affiliated with Occupy Wall Street, contributed a 325-page comment letter earlier this year that argued for a strong interpretation of the Volcker rule. For the insurance sector, the Occupy letter praised a provision allowing federal officials to intervene if state oversight fails and called for mandatory state-federal consultations to enforce compliance.

When speaking with the public, Goldstein describes proprietary trading as a form of gambling. Her message, she said, is, “Do you think it is OK that these banks that got these bailouts, that have that implicit backing of the government now, are you OK with them gambling, given that they’re almost like utility companies at this point?”

Reports that JPMorgan Chase & Co. has dramatically increased the risk levels of its speculative activities, to the extent that it may lack the ability to unwind its bets without taking losses or agitating the markets, is adding to a feeling in the public, if not in official Washington, that financial institutions need limits, the advocates said.

“It’s about accountability and oversight,” said Elizabeth Friedrich, a program officer at the National Federation of Community Development Credit Unions.

Another target issue, Stanley said, is the implementation of rules on derivatives trading and legislation pending before the House Committee on Agriculture that some say would weaken Title VII of Dodd-Frank. The CFTC and SEC adopted a joint rule on April 18 for part of Title VII, definitions for swap dealers and major swap participants.

“The derivatives title is a very straightforward commonsensical set of rules that is in no way extreme, but they’re being presented to Congress as this red tape that the public doesn’t want,” Stanley said.