Seeks to recoup defrauded funds for thousands of investors 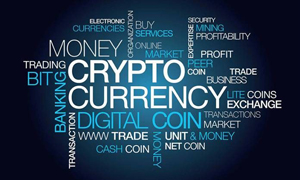 Millions around the country and the world today use cryptocurrencies as decentralized digital currencies â unlike real, regulated government currencies, including the U.S. dollar â to buy goods and services, often times anonymously, through secure online transactions. In today’s lawsuit, Attorney General James alleges Coinseed and the individual defendants were unlawfully trading cryptocurrencies, like Bitcoin, without being a registered broker-dealer in New York, while simultaneously failing to disclose certain fees associated with the trading of virtual currencies on their investorâs behalf.

âUnregulated and fraudulent virtual currency entities, no matter how big or small, will no longer be tolerated in New York,â said Attorney General James. âFor over three years, Coinseed and its executives flagrantly and illegally violated New York state laws, but the corporate greed perpetrated by Coinseed while committing fraud against thousands of investors ends now. This lawsuit should send a clear message to all those trading cryptocurrencies that my office will work tirelessly to ensure transparency and fairness in the market and will not hesitate to protect investorsâ wallets against all those who seek to defraud them.â

Todayâs lawsuit â filed in New York County State Supreme Court â alleges that the defendants sought to finance their fraudulent company by raising funds in an unregistered securities offering and luring in investors with false claims about their professional experiences and the role of their management team. Coinseed scammed investors into purchasing their CSD token by violating New York laws requiring complete and truthful disclosures, as would be required by those offering any other traditional securities offering.

Unregulated and fraudulent virtual currency entities, no matter how big or small, will no longer be tolerated in New York...

Attorney General James further alleges, in the complaint, that the defendants, while advertising low fees for the mobile application trading platform, were adding an undisclosed markup to the quoted price to extract additional fees from investors. Additionally, Attorney General James charges Coinseed and the additional defendants with conducting an unregistered securities offering in the form of an initial coin offering (ICO) for CSD, as well as never registering to trade any cryptocurrency within or from New York state.

Attorney General James specifically charges Coinseed and the two executives with violating New Yorkâs Martin Act and New York Executive Law Â§ 63(12). Attorney General James seeks restitution for the thousands of defrauded investors, disgorgement of already raised funds with interest, permanent injunctions against all the defendants to immediately stop this illegal behavior, and an officer-and-director bar against individual defendants Davaasambu and Lkhagvadorj and a bar against Coinseed prohibiting them from participating in any future securities offerings or as commodities broker-dealers. Attorney General James also seeks the full closure of Coinseedâs business operations.

This matter was investigated in parallel with the U.S. Securities and Exchange Commission (SEC), which, today, filed a similar but separate action against Coinseed. Attorney General James wishes to thank the SEC for their cooperation in this matter.

The case is being handled by Assistant Attorneys General Brian M. Whitehurst and Amita Singh of the Investor Protection Bureau, and Senior Enforcement Counsel for Economic Justice Kevin Wallace, with the support of Legal Assistant Charmaine Blake. The Investor Protection Bureau is led by Bureau Chief Peter Pope and Deputy Bureau Chief Shamiso Maswoswe, and is a part of the Division for Economic Justice, which is overseen by Chief Deputy Attorney General Chris DâAngelo and First Deputy Attorney General Jennifer Levy.