Women Are Starting an Average of 1,821 Net New U.S. Businesses a Day; Minority women step up as well 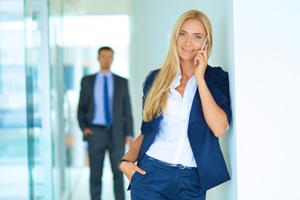 New this year, the report explores data back to 1972 â the first time the U.S. Census Bureau provided data on minority-owned and women-owned businesses. The analysis shows that over 48 years the number of women-owned businesses increased a dramatic 31 times from 402,000 to 12.3 million in 2018. During that time, employment for these firms grew 40-fold from 230,000 to 9.2 million, and revenues rose from $8.1 billion to $1.8 trillion– 217 times greater.

âThis new data demonstrates not only the remarkable impact women entrepreneurs have on our economy when it comes to creating jobs and generating revenue, but also the growing role of women-owned businesses in our communities,â said Julie Tomich, SVP, American Express Global Commercial Services. âOver the past 11 years, weâve seen womenâs entrepreneurship and economic impact increase â especially among the growing number of women-owned companies that generate more than $1 million in revenue.â

More specifically, numbers for Latinas and African Americans grew faster than the average rate for businesses owned by women of color: 172% and 164% respectively, equaling 2.1 million Latina-owned and 2.4 million African American women-owned businesses in 2018.

The report estimates that if revenues generated by minority women-owned firms matched those currently generated by all women-owned businesses, they would add four million new jobs and $1.2 trillion in revenues to the U.S. economy.

The report analyzes geographic trends for all 50 states (including District of Columbia), as well as the 50 most populous metropolitan areas in the U.S.

This new data demonstrates not only the remarkable impact women entrepreneurs have on our economy when it comes to creating jobs and generating revenue, but also the growing role of women-owned businesses in our communities

The states with the fastest growth rate in terms of the number of women-owned firms between 2007 and 2018 are:

This report examined economic clout, a measure that includes the growth in the number of women-owned firms, employment and revenues. The states where women-owned businesses most increased their economic clout between 2007 and 2018 are:

The top metropolitan areas where women-owned businesses increased their economic clout from 2007 to 2018 are:

The states showing the highest employment vitality – a measure of employment growth rate from 2007 to 2018 at women-owned firms and their average number of employees are:

A look at U.S. women business owners of different ages

Distinctive trends emerge when racial and ethnic groups are analyzed by generations:

African American women business owners tend to be younger: four out of ten (39%) were millennials or younger generations (under 35).

Native American/Alaska Native business owners were more likely to be older, between the ages of 45 and 64 (47%).

This report is based on data from the United States Census Bureau Survey of Business Owners (SBO), which is conducted every five years in years ending in two and seven. Data from the 2007 and 2012 Census surveys were collated, analyzed and extrapolated forward to 2018, factoring in relative changes in Gross Domestic Product (GDP) not only nationally but also at industry, state and metropolitan statistical area levels. All GDP data was obtained from the U.S. Bureau of Economic Analysis (bea.gov).

Specifically, the report compared growth in GDP from 2007 to 2012 ($10.8 to $16 trillion) with data from 2012 to Q4 2017 ($16 to $18.7 trillion). Relative annual growth rates were then used to estimate the growth in the number of firms over the 2012 to 2018 period — thus adjusting a straight-line extrapolation to account for relative economic growth between the two time periods. This was done not only at the national level, but also by applying actual gross state, metro area and industry-level output figures (which were available up to the fourth quarter of 2017).