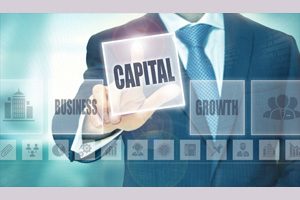 May 15, 2018 —Â CHICAGO–(BUSINESS WIRE)–Institutional plan sponsors had flat-to-negative investment returns in the first quarter of 2018, with the median plan posting a loss of 0.4 percent, according to Northern Trust Universe data released today. The loss ended a string of nine consecutive quarterly gains for institutional asset owners, as U.S. equity markets turned negative in the quarter.Â The Northern Trust Universe tracks the performance of approximately 300 large U.S. institutional investment plans, with a combined asset value of approximately $965.1 billion, which subscribe to performance measurement services as part of Northern Trust’s asset servicing offerings.

âMarket uncertainty meant there were few places to hide in the first quarter,â said Mark Bovier, regional head of Investment Risk and Analytical Services at Northern Trust. âPublicly-traded equities returned a negative 0.3 percent at the median in the Northern Trust Universe, and the median fixed income program lost 1.0 percent. Alternatives were in positive territory, with the median private equity program up 2.2 percent and real estate and hedge funds gaining a more modest 0.6 percent and 0.9 percent, respectively.â

Accordingly, Foundations & Endowments, the segment with the largest allocation to alternatives, was the only group to generate positive returns in the first quarter. The median E&F plan in the Northern Trust Universe returned 0.2 percent in the quarter. The median Public Fund lost 0.3 percent in the first-quarter of 2018. Public Funds generally have larger allocations to international equities and core fixed income, which had moderately negative returns in the quarter. Corporate ERISA plans lost a full 1 percent at the median, with the segmentâs performance weighed down by larger allocations to both U.S. equities and longer-duration bonds, two of the lowest-returning asset classes in the quarter.

âThe first quarter marked the first negative median quarterly return since the third quarter of 2015 and only the ninth negative quarterly median return since the end of the financial crisis,â said Bill Frieske, senior investment performance consultant, Investment Risk and Analytical Services. âIt has been pretty much straight up for investors since the end of the global financial crisis, with only nine quarters of negative median results out of 36 quarters since the second quarter of 2009. In that period, the median plan has returned 11.3 percent, annualized. Looking back before the financial crisis, 10-year median returns were closer to 7 percent.â

About Northern Trust
Northern Trust Corporation (Nasdaq: NTRS) is a leading provider of wealth management, asset servicing, asset management and banking to corporations, institutions, affluent families and individuals. Founded in Chicago in 1889, Northern Trust has offices in the United States in 19 states and Washington, D.C., and 23 international locations in Canada, Europe, the Middle East and the Asia-Pacific region. As of March 31, 2018, Northern Trust had assets under custody/administration of US$10.8 trillion, and assets under management of US$1.2 trillion. For more than 125 years, Northern Trust has earned distinction as an industry leader for exceptional service, financial expertise, integrity and innovation. Visit northerntrust.com or follow us on Twitter @NorthernTrust.