Ninety One Million Americans Fear Maxing Out Their Credit

How do you define ‘large purchase’? 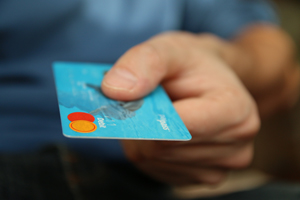 More than 1 in 3 people are afraid they’ll max out their credit card when making a large purchase, according to a new WalletHub credit cards survey released today. This concern is well-founded, considering Americans began 2020 with over $1 trillion in total credit card debt.

Understanding consumersâ attitudes and choices regarding large purchases is particularly important at this time of the year, with bills from holiday shopping coming due and Valentineâs Day looming large.

What tips do you have for people who fear maxing out their credit card when making a large purchase?
âThere are ways to manage your available credit and thus avoid worrying about not having enough spending power if you need to pay for a big-ticket necessity. It starts with regularly checking your balance, which will make you more conscious of how much you have spent and thus reduce the chances of both maxing out your card when making a large purchase as well as overspending overall. Paying your credit card bill multiple times per month is another useful trick, especially before a large purchase. This will free up more of your credit line for use. People who consistently pay their monthly bills on time and have low credit utilization may also want to consider asking for a credit limit increase.â

Women are about 10 percent less likely than men to have maxed out a card at least once...

Is it natural for people’s definition of a “large” purchase to change over time?
âIt is perfectly natural for a personâs definition of a âlargeâ purchase to change over time. Our perspectives on pretty much everything evolve as we age, and itâs very clear why that would be the case with money. The more money an individual earns, and the easier it is to earn it, the easier it becomes to part with. That in turn raises the bar for whatâs considered a big purchase. Unfortunately, the same can also be said about credit card balances. People who already have a lot of debt might not be as concerned about racking up another $500 or $1,000 in balances, thinking itâs just another drop in the bucket. But the bottom line is that money is money, and every $1 is worth the same amount.â

A copy of the full report can be found here.